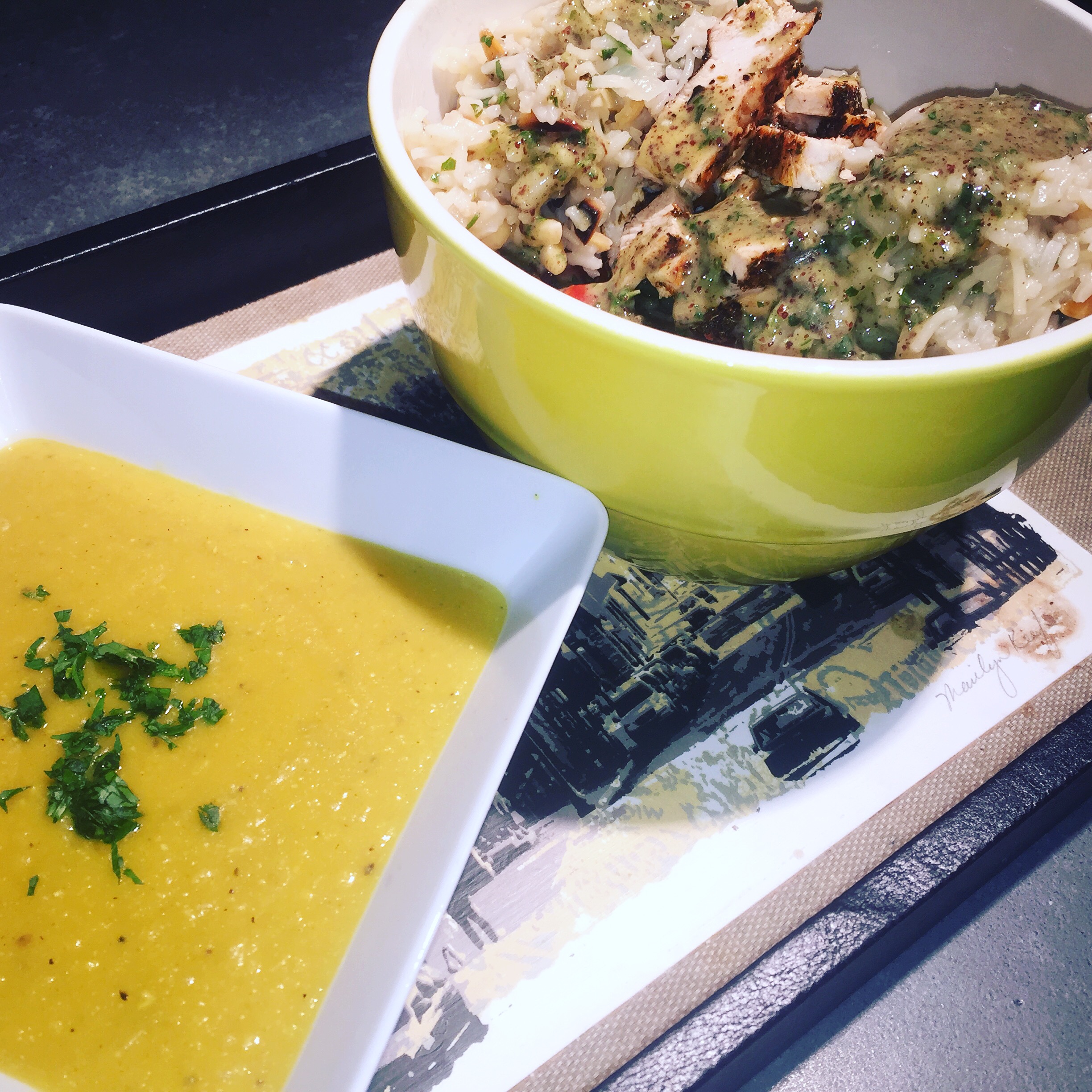 middle eastern food from the midwest

I grew up in a small town that had no diversity really, just lots of small town white kids at my high school.  I moved to Detroit over 10 years ago and I remember hearing the term Chaldean and I had NO clue what it meant.  Soon I realized that the Detroit area had the second largest population of Middle East next to the actual Middle East.  The people that immigrated to Detroit brought with them the fabulous food from their culture.  We have some amazing restaurants in the area with crushed lentil soup, chicken schwarma, fattoush salads, almond rice pilafs, the list goes on and on.

There was a restaurant I always went to for takeout.  However, the more educated I became on food the less and less I eat out.  Green peppers and cucumbers are considered “dirty dozen” and are on the salads I like.  Most lentil soup recipes use chicken broth which are probably not organic.  I wanted to be able to control the ingredients that I eat so I started playing around with making my Middle Eastern favorites at home.

Lentil soup is one of my favorites.  The restaurant I used to go to had the best crushed lentil soup.  Even though I have tried to make it over and over, there always seemed to be a spice missing.  I have perused around a bunch of different recipes for the soup and I saw one with turmeric in it.  I had never tried turmeric but it is a very yellow spice and the soup I made was never quite the color of the restaurant I went to so I figured that must be what I was missing.

The lentil soup is SO easy to make.  Especially since there are not too many ingredients in it just garlic, onions, lentils, chicken stock, and spices.  You pretty much let it all cook together and blend it.  The one thing I like to do to finish my soup off is add lots of fresh squeezed lemon juice to it.  There is something about that last touch that really just finishes the dish out perfectly. 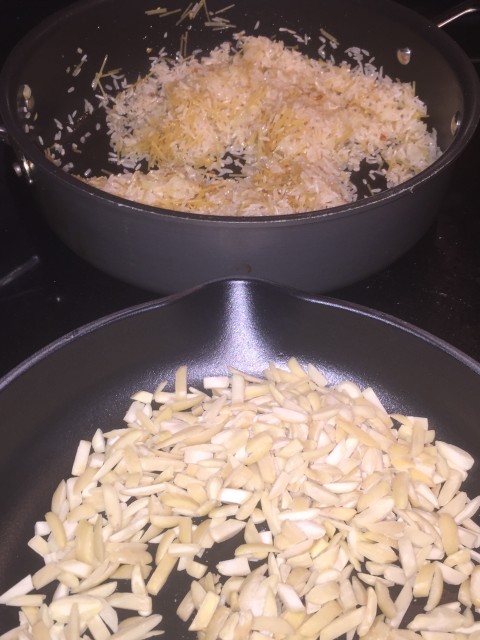 I love the almond rice pilaf that you can get at a Middle Eastern restaurant.  It’s very basic, slivered almonds, rice and a little tiny bit of pasta.  However,  I find that the rice doesn’t have a lot of flavor when I get it.  Enter in chicken broth (or veggie if you are vegetarian or vegan) which adds more flavor to soups, sauces, or grains.  Anytime I cook a grain that is supposed to be cooked in water such as rice or quinoa I always use broth instead to infuse that extra layer of flavor.

Another trick it to season the food quite liberally. My husband is from the south and when he first moved here he always commented on how bland the food in the midwest is.  My tolerance for spice went up significantly as well so I love using fresh ground pepper in anything I cook and I use it liberally.  By using lemon in every component of the dish (the soup, rice and salad) it marries them all together.  Like I did for the soup, I finish the rice off with a little squeeze of lemon juice as well.

The salad is quite easy.  You can use any blend of lettuces you like.  This time I used a butter lettuce mix and baby spinach but romaine would be good in here too.  Then I slice up cucumbers, cherry tomatoes and green peppers to put in the salad.  Red onions would go great if you are an onion person.  The salad itself is easy.  It was getting the dressing down that took me some tries.  Last night when I made this salad I finally nailed it!  The key to a good fattoush salad dressing is sumac.  WTF is sumac you are probably thinking.  I was when I was doing my homework.  Sumac is a Middle Eastern spice that comes from berries of a sumac bush and is ground up.  It is dark red in color and almost has a lemony taste to it which compliments everything about this dish.

You could make the dressing without it but I highly recommend trying to find it.  Trader Joe’s had this amazing 4 pack of Middle Eastern spices for awhile and sumac was one of them.  Of course I went to get more this past weekend and they were out.  I went to three stores until I found it (Detroit area readers – Holiday Market in Royal Oak sells in a huge bag made by Ziyad) if you don’t live in an area where you have Middle Eastern grocery stores I recommend buying it online.  It really makes the dressing.

The rest of the dressing is easy, olive oil, lemon juice, garlic, flat leaf parsley, mint, salt and pepper.  We have a mini food processor/chopper that I LOVE to use for dressings.  It makes blending and emulsifying the dressing super easy.  If you have a Nutribullet or something like that you can make it in that as well.  It saves you the hassle of having to chop herbs and garlic.

Being a picky eater comes with a price.  My husband and I don’t eat out as much because we can control what we put into our bodies (plus I feel like what we make tastes better most of the time).  It results in me spending more time in the kitchen but the end result is worth every minute I am in there.  For those of you who don’t live in Detroit and haven’t experienced good Middle Eastern cuisine, I assure you, this is a pretty good replica! 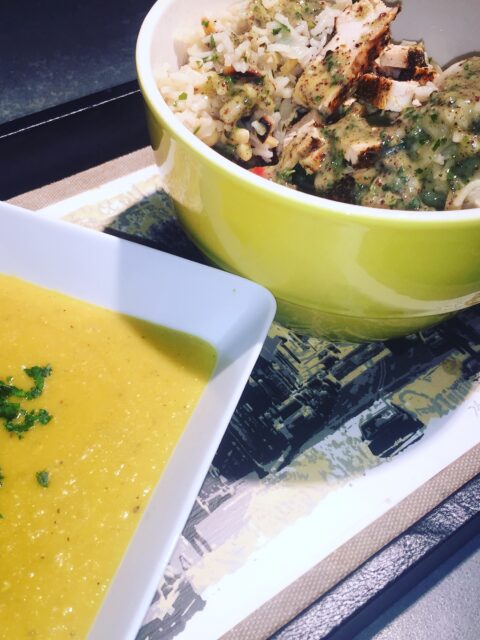 For the chicken seasoning

For the salad dressing