Eat and Travel to Portland Maine

This fall my mom had taken a road trip down south and was passing thru Detroit on her way back.  She mentioned she would be willing to take our three year old for us so my husband and I could get away if we wanted.  It was an obvious yes, but then the hard part came.  Where to?  I needed a quick non-stop flight since we only had a few days and we wanted to eat and relax. I was debating to head to Charleston and then thru my searches I kept stumbling across Portland.  Not Portland Oregon, Portland Maine.  So we decided to book our trip to eat and travel to Portland Maine.

You can’t eat and travel to Portland Maine without eating lobster.  I didn’t know that Portland Maine exports something crazy like ninety percent of all the lobster to the whole world!  But as you walk around the town it is apparent.  The cool thing about Portland is that they are a working port.  So you can actually see the lobster boats and traps as well as the lobsterman coming in and out of the port.  Not only can you see them you can actually stroll around the little ports themselves. 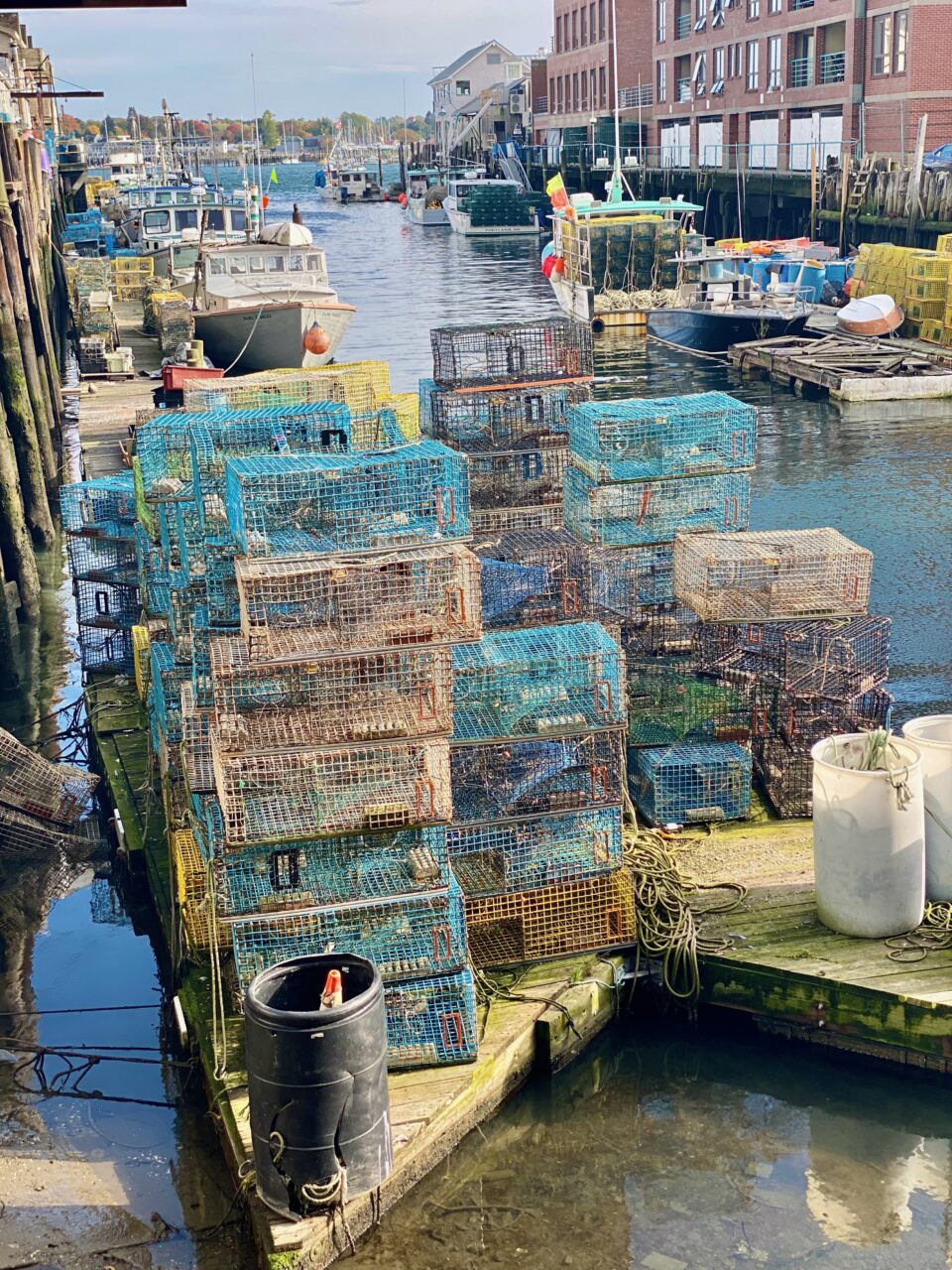 We ate lobster at pretty much every meal.  Whether it was lobster pasta, lobster rolls, lobster scrambles for breakfast, lobster BLTs we had it all.  And none of it disappointed.  The lobster (and all of the seafood for that matter!) was so fresh, it’s kind of hard to screw it up.

Eat your way thru town

Portland was voted the 2018 Restaurant City of the Year by Bon Appetite.  Walking thru the city you can see why.  There are restaurants everywhere.  Even though we were there in the fall of 2021, still in the middle of the pandemic, I feel like we saw more restaurants open than not.  You name it you can find it there.  Obviously there is a heavy emphasis on seafood but you can find lots of Asian fusion restaurants, Italian and pizza joints, and more.

Get your steps in

One of the things I loved the most about Portland was how much we walked.  We stayed on the south side of the water at the new Aloft Hotel.  We didn’t have a car and just took a Lyft to and from the airport.  So we walked everywhere.  I had anywhere from fourteen to sixteen thousands steps a day.

Not only did we walk everywhere just to get around we actually walked some walking trails as well.  We ventured to the West Bay for breakfast one morning and stumbled upon the Back Cove Park.  Then on our last day we walked the Eastern Promenade Trail to see the Narrow Railroad all the way to Fort Allen Park.  History buffs would love the park as there are several wartime monuments there and the view of the ocean is stunning.

My favorite thing we did the whole time we were there (besides fill our bellies!) was the lighthouse tour.  Our guide Andy was amazing.  It’s a family owned business and they tell you so much about the area.  Maine has sixty five lighthouses on it’s coast.  We took a tour that brought us to three of the lighthouses right in Portland.  The most famous of the three we saw was at Fort Williams Park – the Portland Head Light.  There you can walk around and explore the lighthouse, the park and the trails that go along the shore.

No bad time to travel

Honestly, maybe it’s the Northern Girl in me but I don’t see a bad time you could eat and travel in Portland Maine.  We went in the fall so obviously it was beautiful with the leaves turning.  We actually lucked out.  I thought we would have missed them but since it was a crazy year weather wise they peaked later than normal so we got to enjoy.

But call me crazy – I would go in the dead of winter.  I think with the snow it would be so beautiful to bundle up, maybe get an Air BNB with a fireplace and just relax.  I would see spring being pretty with flowers coming out and blooming.  Summer would be great because it would be warm and the beaches would be fun to visit.  I honestly see no downside of whatever month you choose to eat and travel to Portland Maine.

But bottom line – go.  I am so happy that Portland was where we went over Charleston.  While Charleston is still on my list I wouldn’t have traded our long weekend in Portland for anything.  So the next time you are planning a vacation make sure to eat and travel to Portland Maine.  Your belly will thank you! 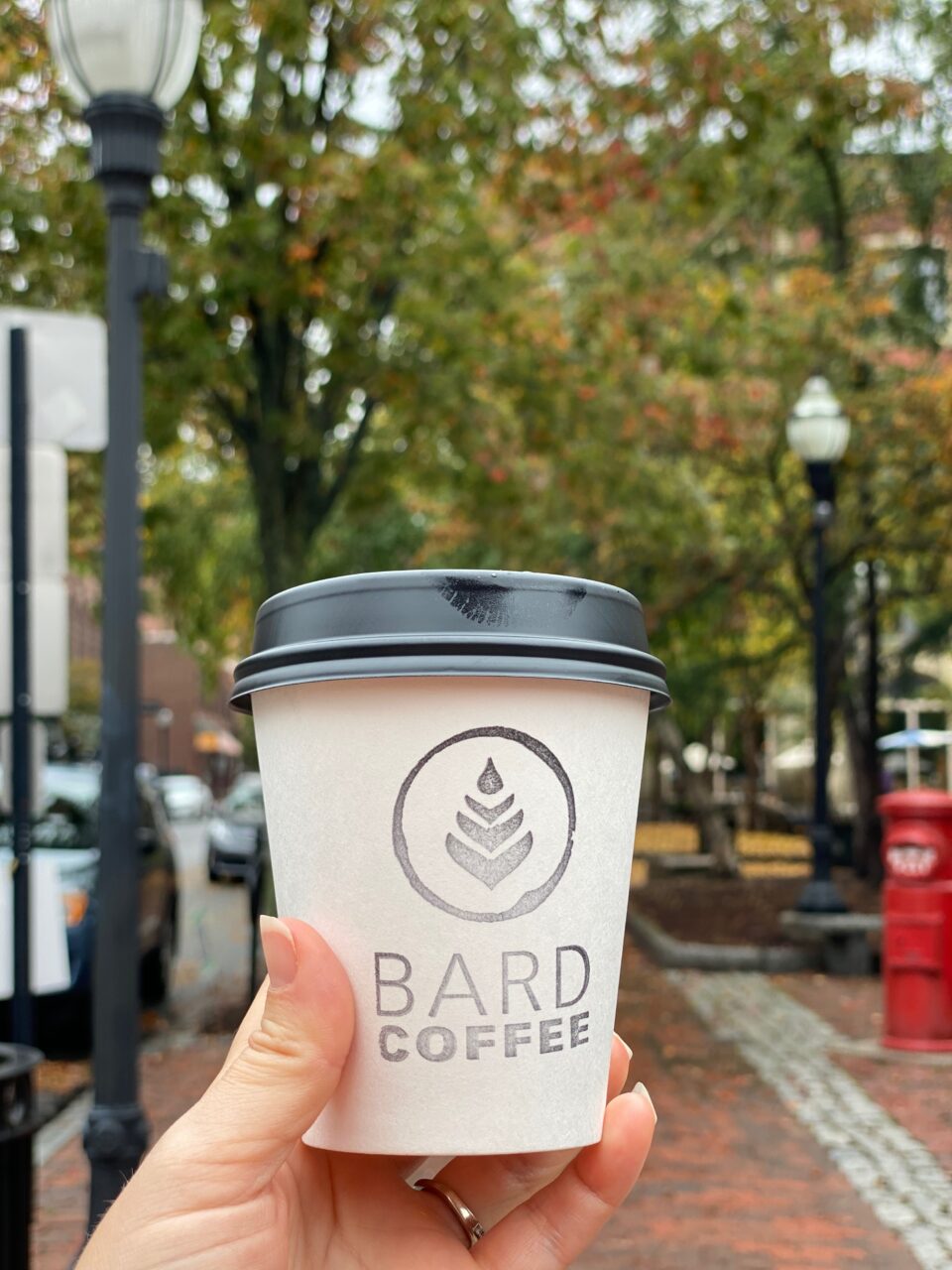 Other places to eat – (we didn’t get to try these but they were highly recommended by our tour guide Andy who has lived in the area his whole life!)

2 thoughts on “Eat and Travel to Portland Maine”