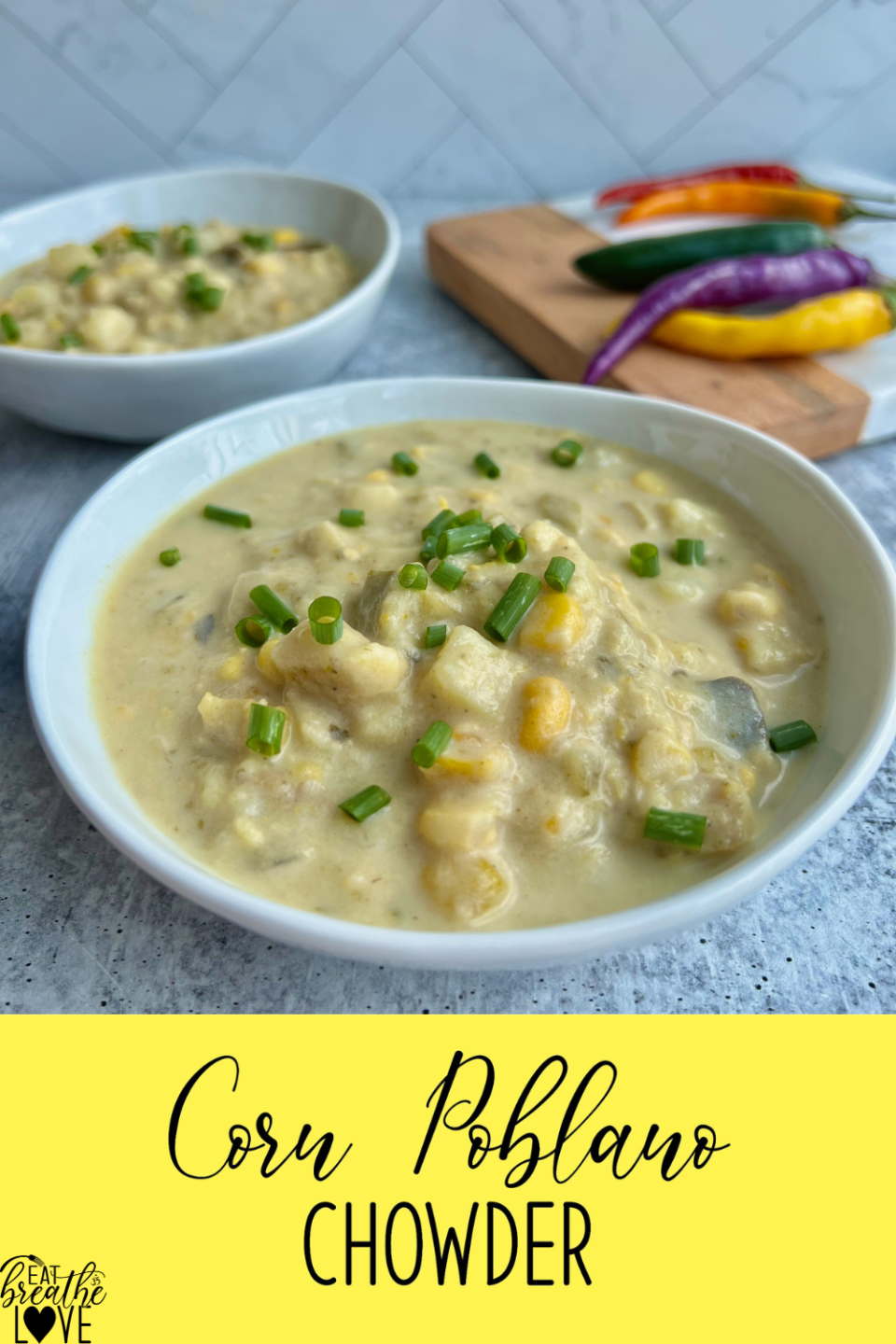 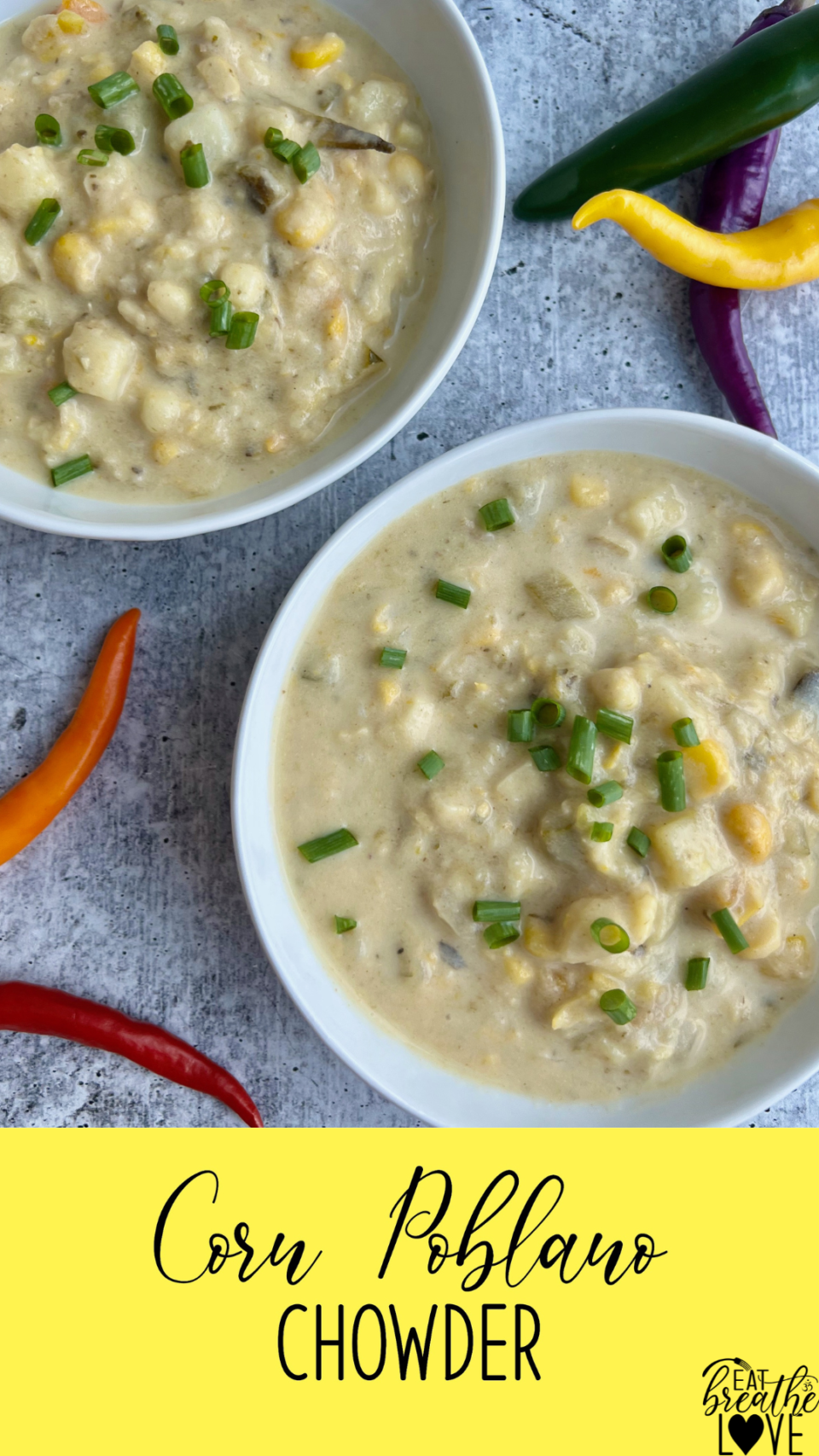 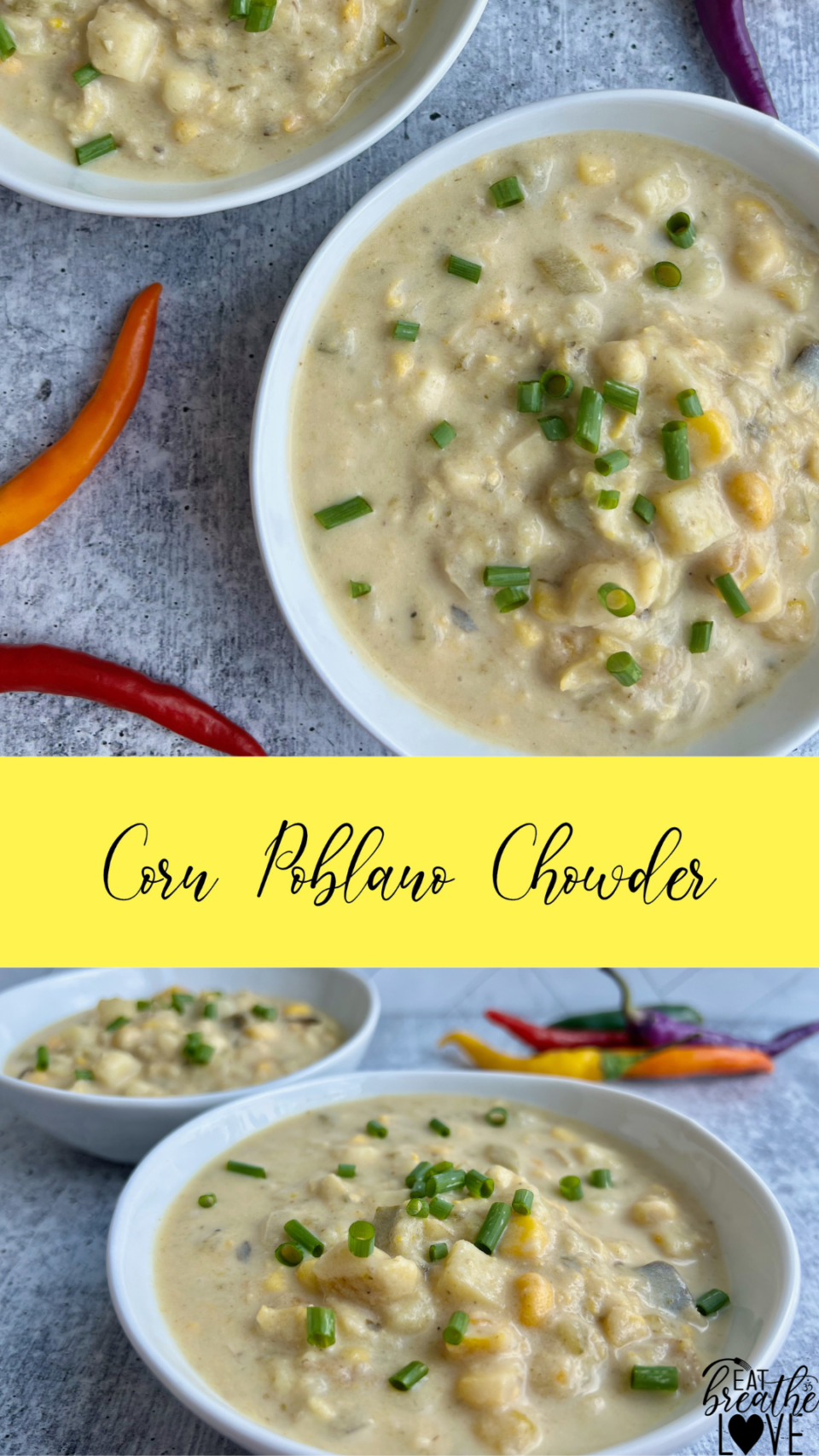 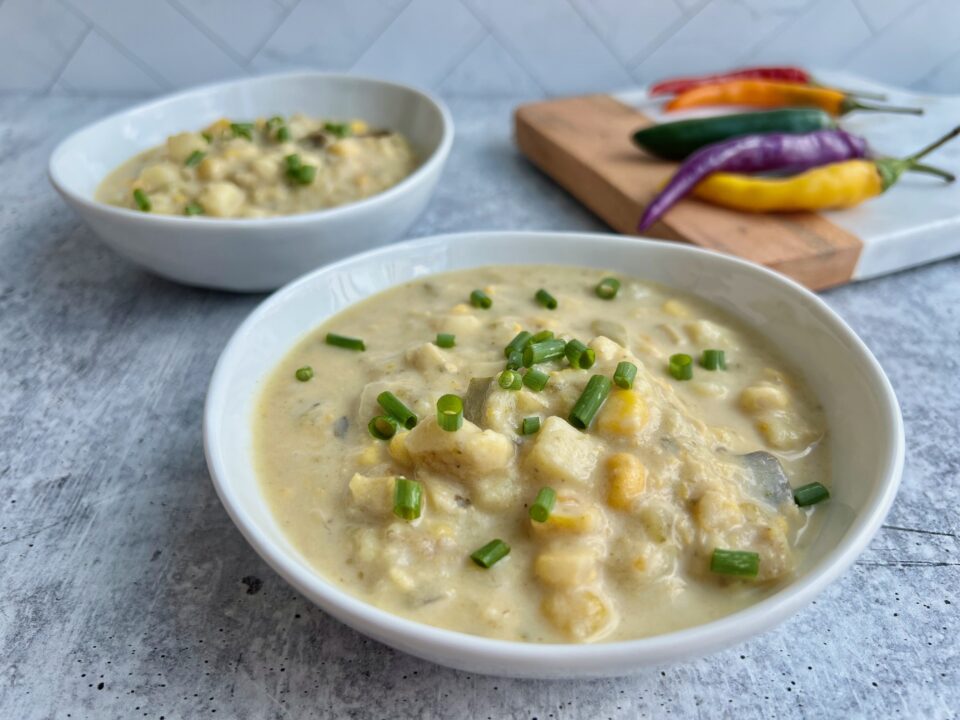 Nothing screams summer more to me than corn on the cob.  But if you aren’t new here you know I am really picky and we eat mostly organic.  Organic or non-GMO corn is really hard to find.  But I was at my farmers market the other weekend and I found some.  So I knew I had to make corn poblano chowder.

I love corn on the cob but it can be a pain.  First you have to shuck it.  Then all those silk strands get caught in the corn kernels.  And if you don’t remove them, caught in your teeth!  However years ago I found a secret to cooking the best corn.  And not only is it easy to cook it tastes delicious.

Here’s how you do it:

Because this dish takes a little bit due to the pre-cooking of the corn and the peppers I wanted to save time everywhere else I could.  First I cooked the poblano peppers at the same time as the corn to only use the oven once.  You can do the same thing if you want to grill your peppers.  When the corn was cooling so were the peppers.  And while both were cooking I started the soup.

Since we are making a chowder potatoes are one of the ingredients.  But I wanted all my potatoes in a nice small dice.  Which I most certainly could do on my own.  But I had a lot of potatoes to cut.  I remembered that I just bought a new food processor [3] – which had a dicer (no this is not an ad, I generally just love this thing!)  This thing was such a time saver.  The processor spit out nice small potatoes in all of two minutes.  And since I had more veggies to cut I used the food processor for ALL my veggies which saved me (and my hands) tons of minutes I didn’t have to chop!

If you aren’t in the market for a few food processor here are a few dicers I found that would do the trick:

Putting it all together

While the corn and peppers cook in the oven that’s when I start making the chowder.  The chowder itself is easy.  Onions, garlic, and bell peppers are sautéed.  Then the broth, zucchini and potatoes are added.  The potatoes start to break down and thicken up the soup.  If thick chowders aren’t your thing you can always thin it out with more broth.

This soup is easily modified for any type of diet as well:

So the next time you are in the mood for something corny and comforting be sure to try this corn poblano chowder.  And if it’s not summer – frozen corn works great as well.  And if you do be sure to rate and comment below and tag me on Instagram! [7] 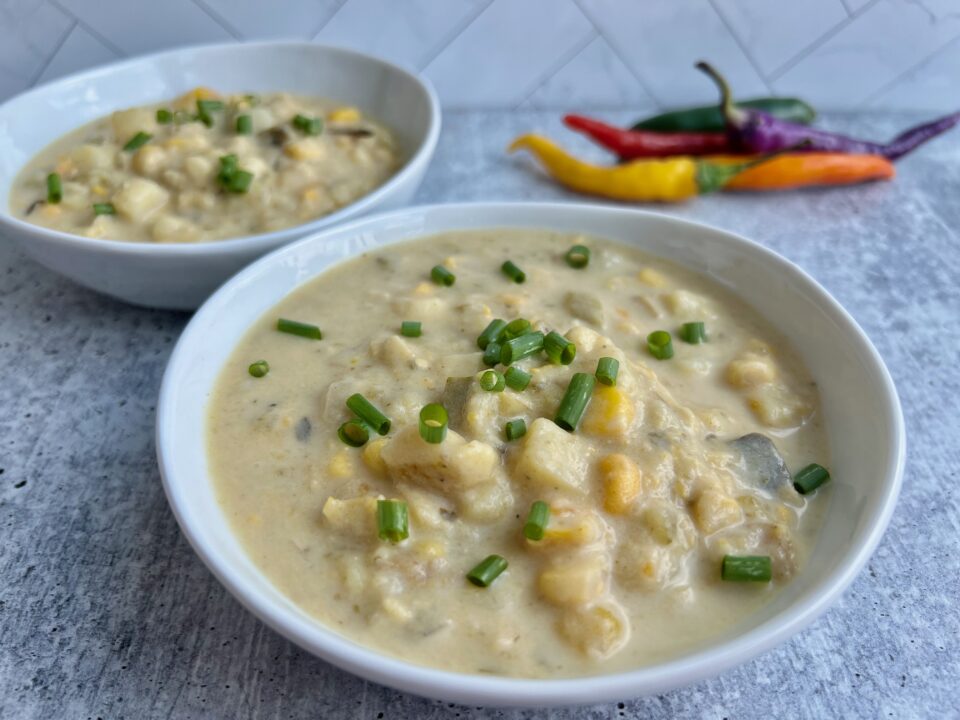