[dropcap]A[/dropcap]fter being in Greece for a week my husband was CRAVING spicy food.  There isn’t much spicy food in Greece.  The best we could find was in Croatia when we found red chili oil for our pizza.  Once we got home my husband was putting jalapenos on everything.  I was actually in the mood for some spicy food as well so I started thinking about what I could make for us for dinner.  Since it was a Sunday, my go-tos on Sundays are of course soup.  It’s easy for me to eat a pot and then I get leftovers for lunch.  Usually we try to avoid eating out during the week as much as possible because you don’t know what goes into the food you eat most of the time.  Personally I would rather make my own food and at least know it’s healthy. 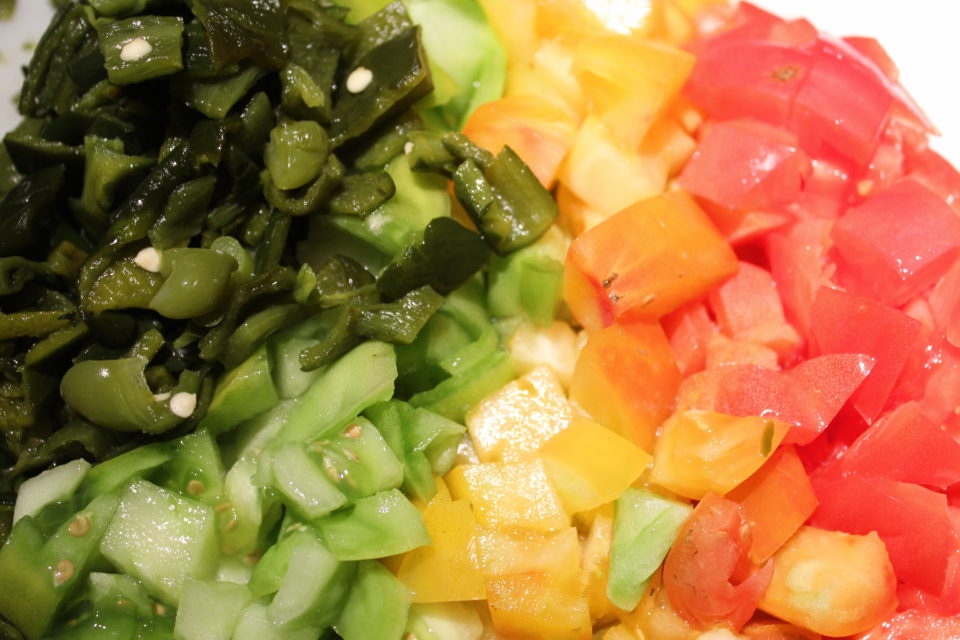 Recently I had seen organic poblano peppers at Whole Foods when we had been there a few days before and they looked really good.  Sometimes it’s hard to find organic poblanos so when they are at the store I try to make things with them.  Lately I had seen some recipes that were poblano chowders and all were made thick with the addition of heavy cream and milk.

Since my husband had mentioned he wanted potato leek soup so I started thinking about how I could make a poblano chowder with out all the fat that a heavy cream adds.  When I make lentil soup I often time thicken it with garbanzo beans that I puree.  So I decided in this version of a chowder I could do the same thing but use cannellini beans instead.  When the beans are blended, they add a nice creamy texture to the soup which also adds protein to the soup (great for vegetarians).

Typically chowders have potatoes in them so I diced some yukon gold potatoes and boiled them in a few cups of chicken broth.  I knew the base of my soup would be very thick and in order to thin it out I would have added broth to it eventually so this way you can keep the chunks of potatoes and add the broth they were boiled in to the soup which kills 2 birds with one stone. 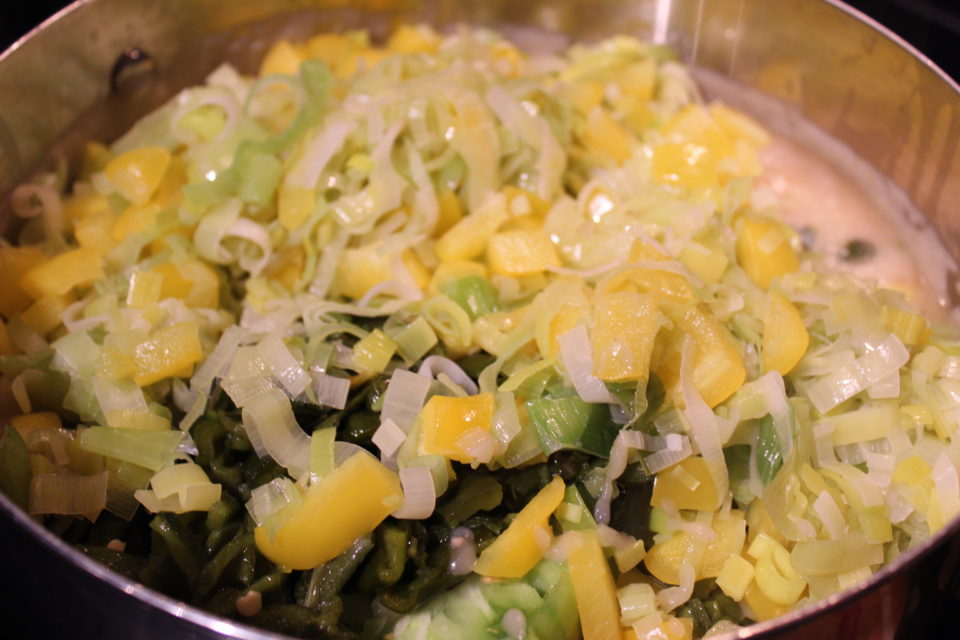 To keep the smoky flavor of the soup and compliment the roasted peppers, I decided to make bacon to top the soup with. Originally my husband had wanted potato leek soup so I decided to add some leeks to this chowder and wilt them down in some of the reserved bacon fat.  If you wanted to keep this soup truly vegan or vegetarian you can just sauté the leeks and peppers in a little olive oil.  If you do eat meat, don’t skip this step.  The bacon fat enhances the smokiness of the soup and adds an extra layer of flavor.

Chowders don’t have to be thick and creamy from fatty ingredients.  You can make thick soups healthy and still have just as much creaminess and flavor as if you would if you used cream and milk.  Save yourself the fat and calories without sacrificing flavors. 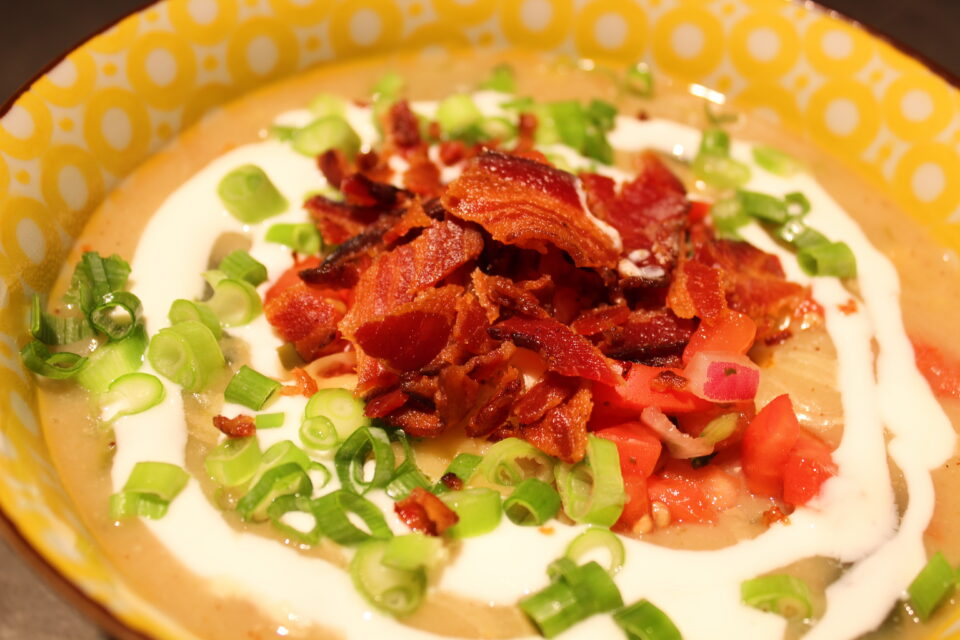 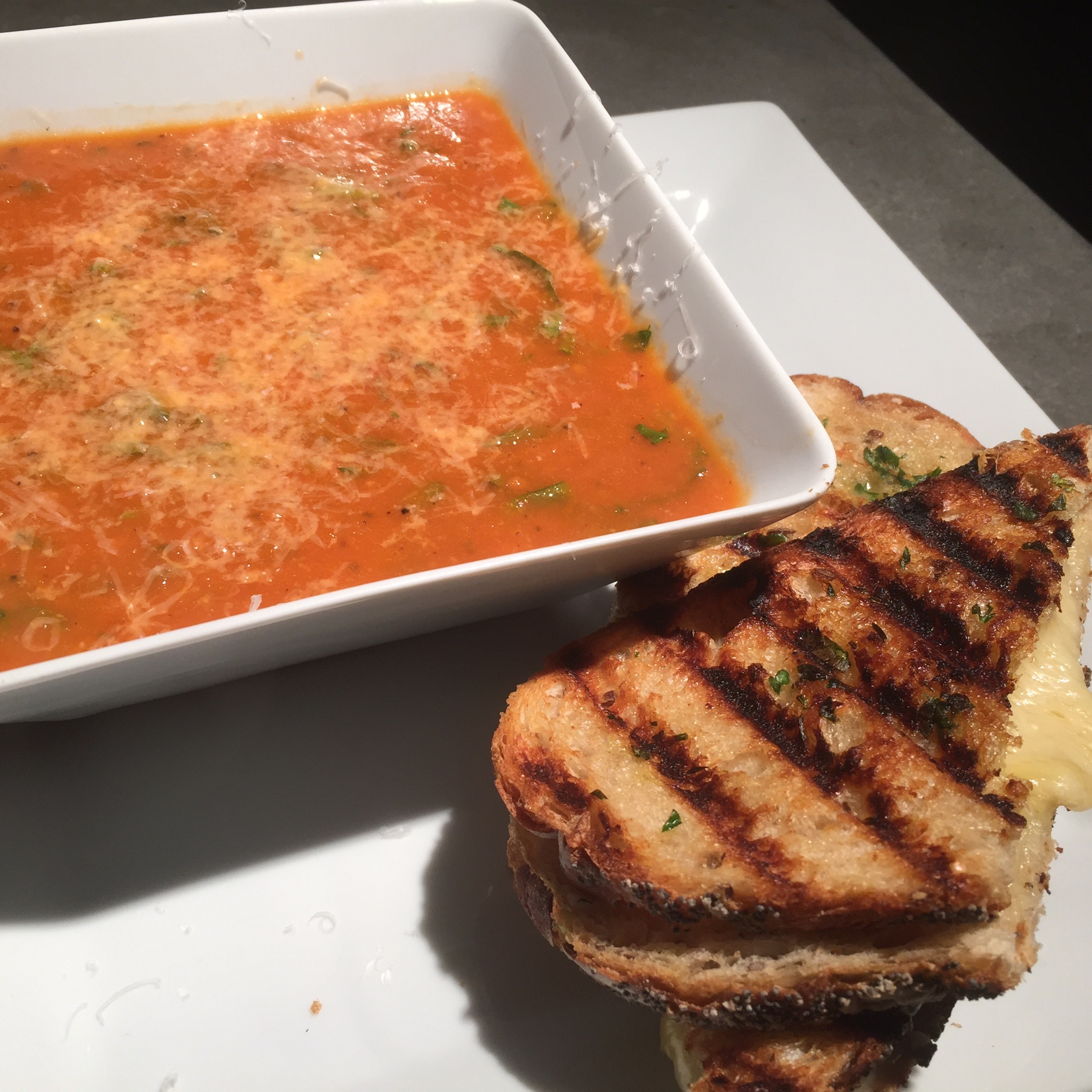 As a child growing up I actually hated tomato soup.  So I didn’t have the joy of having the classic Campbell’s straight out of a BPA lined can loaded with sodium tomato soup.  (if there was only a font called “sarcastic”…)  Actually I didn’t […] 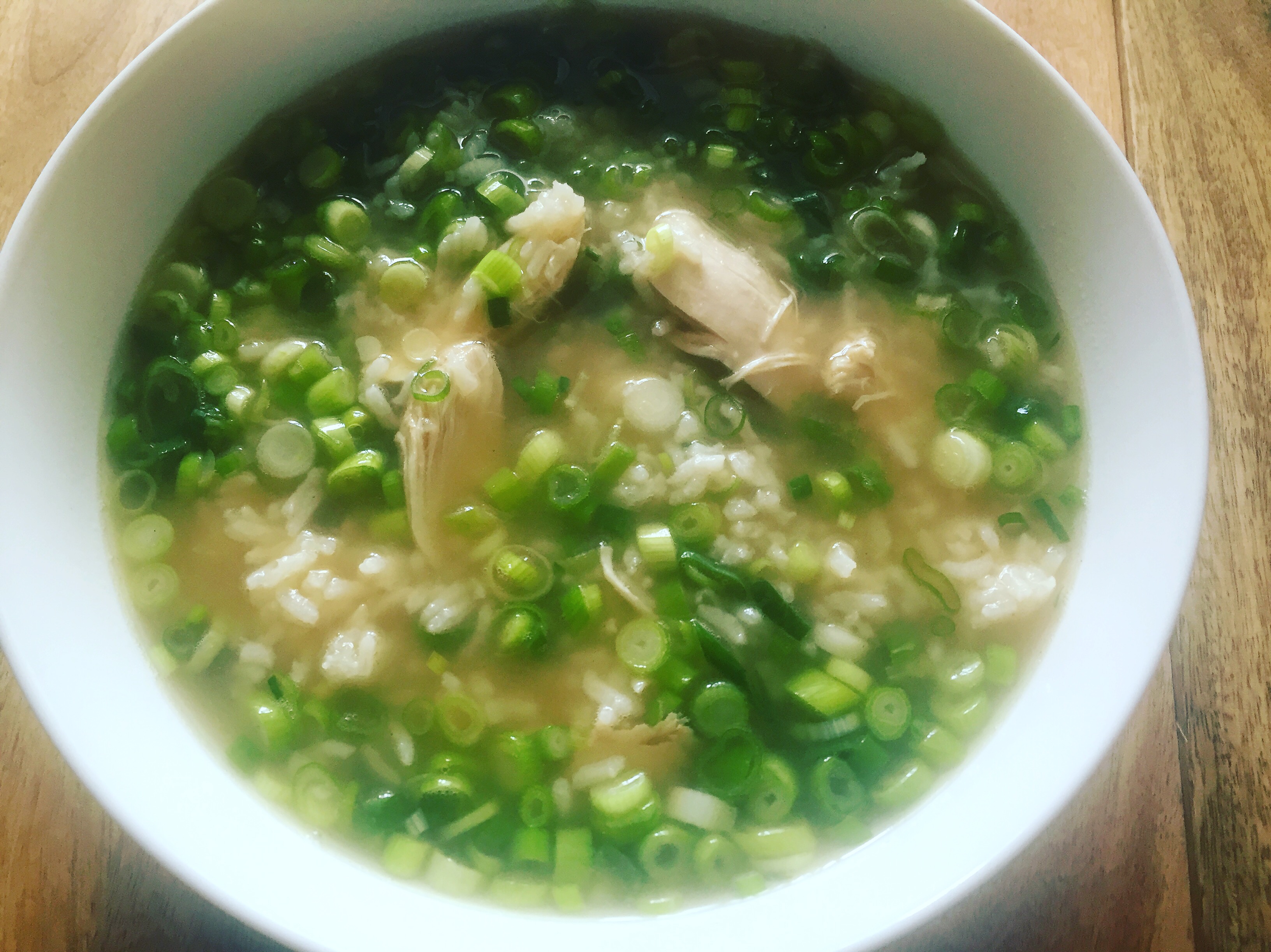 [dropcap]W[/dropcap]hen my sister and I were little a common meal at our house was soup.  There was a restaurant growing up called the Chinese Palace.  We would go sometimes with our mom and dad for the buffet but they had this soup that was so […]