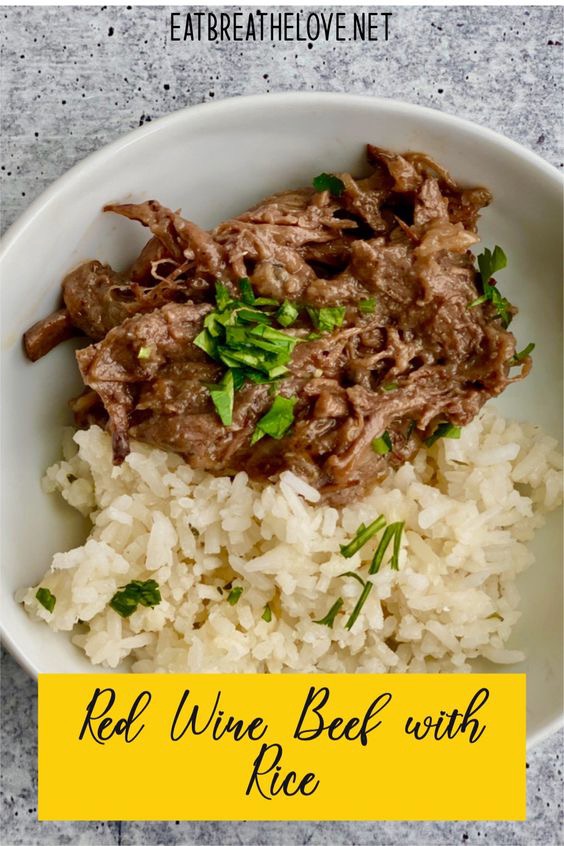 It is rare that I have time to spend hours in the kitchen.  It is also rare for me to want to make meat on a weekday.  But I guess that is what happens when you take a week off of work!  So I decided to make a nice slow cooked dinner and experiment in the kitchen.  Because of that this red wine beef with rice was created.

When we first started dating my husband lived in Louisiana.  His two roommates were from small Louisiana towns and always made rice and gravy.  Rice and gravy is made with beef and cooked low and slow.  It is combined with vegetables (the Holy Trinity being a staple in Cajun cooking) and beef broth served over rice.  My husband swears the Magnalite pot they use to cook with is the secret.  Whatever it is it was what he was craving for dinner when I suggested a slow cooked beef. 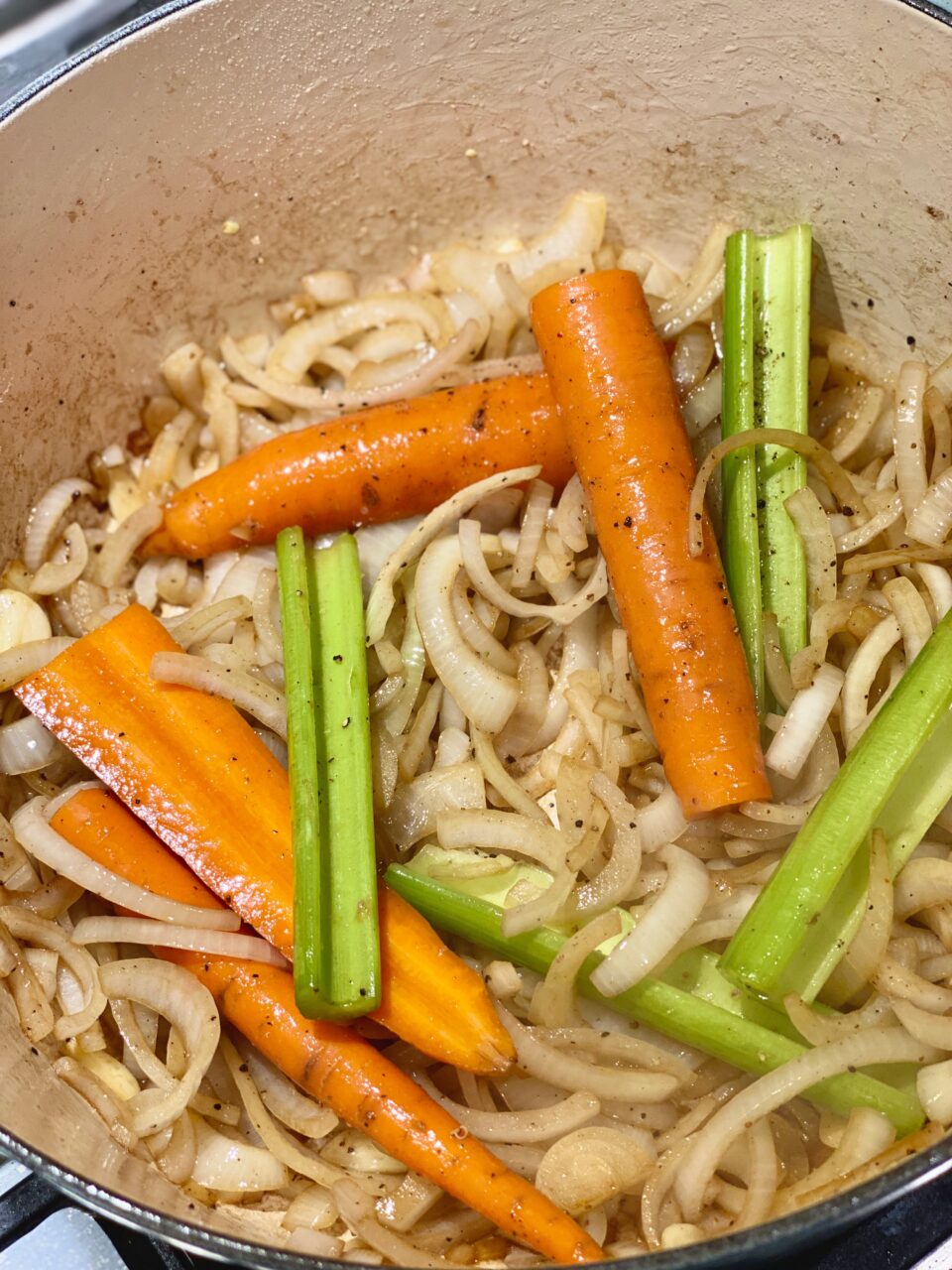 But I didn’t want to cook Cajun.  I wanted to use some red wine to infuse my beef.  I also wanted a lot of onions.  Recently I had made my creamy onion soup [3] for Christmas Eve and I was inspired by that.  And then my mind went to Beef Bourgnion and I thought BACON!  So while this seems like random inspirations they all pulled together to make a super flavorful dish.

Prepping and Cooking Low and Slow

This recipe by no means is hard to make.  It just takes a long time to cook because you want the beef to cook in the broth/wine mixture until it is literally falling apart. 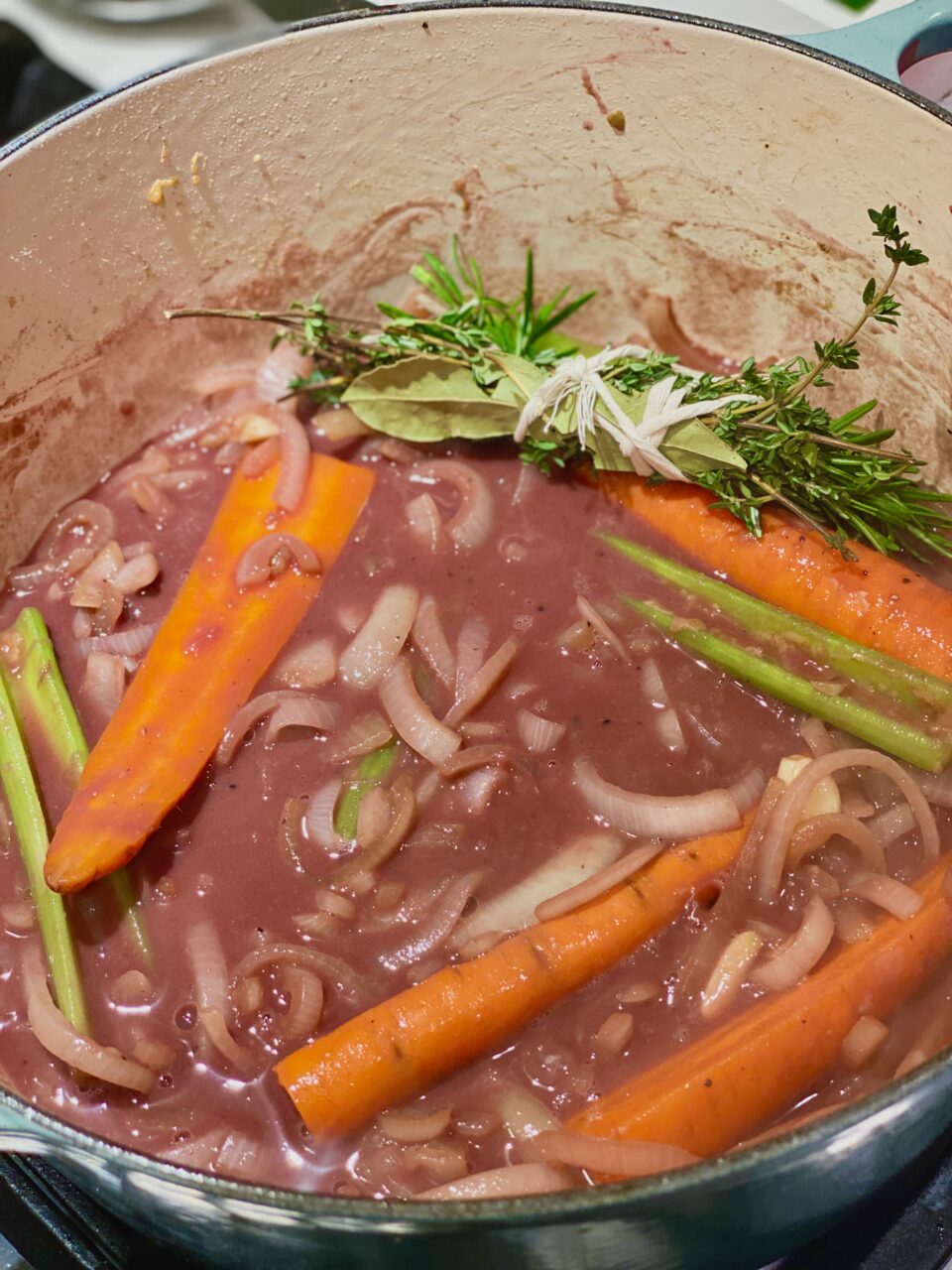 A few keys to make this a successful dish:

The Hard Part – What to Serve Over?

Because my husband asked for rice and gravy and I pretty much went rouge and did something else I decided to compromise and make rice.  And since I was going Italian style I knew this beef would compliment my parmesan rice [4] perfectly.  I made a few modifications for this version of the rice though: 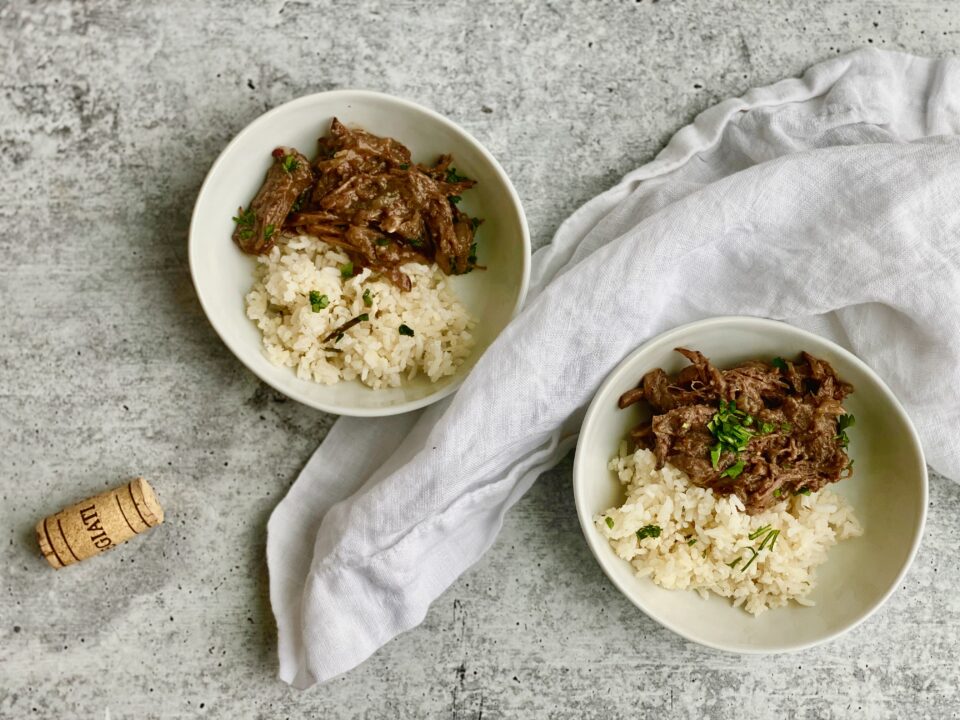 You most certainly could serve this over egg noodles or potatoes though.  If you are on a low carb meal plan a cauliflower mash would work as well.  Or even a baguette of crusty bread to sop up all those juices would be nice.

This red wine beef with rice is a perfect meal for when you have the time for the meat to cook.  Your belly and family will thank you.  And your house will smell delicious for the hours the meat is cooking! 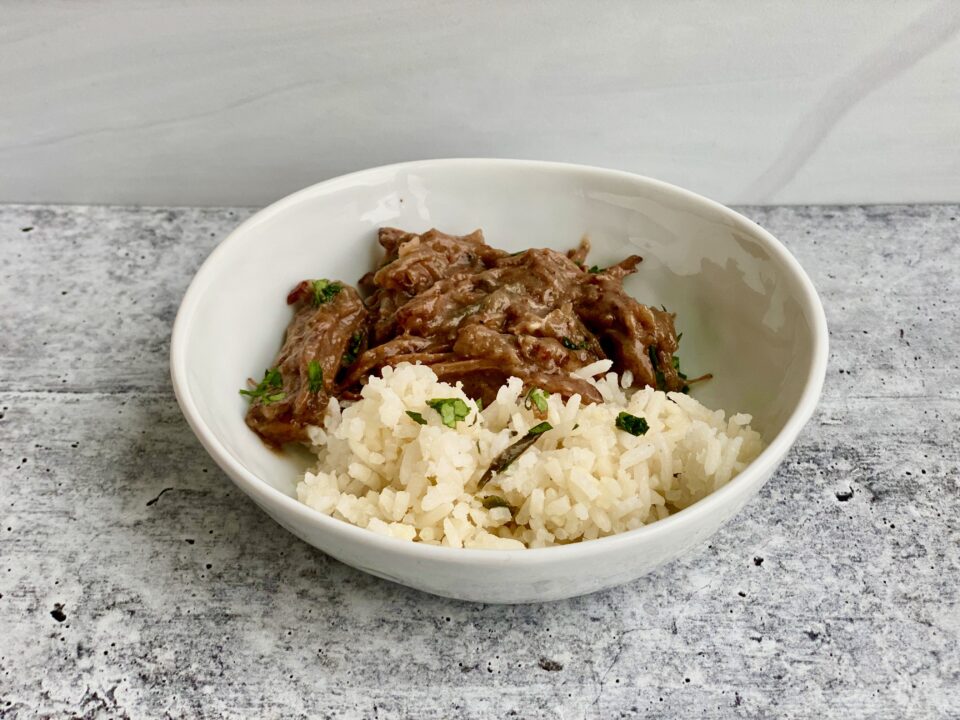 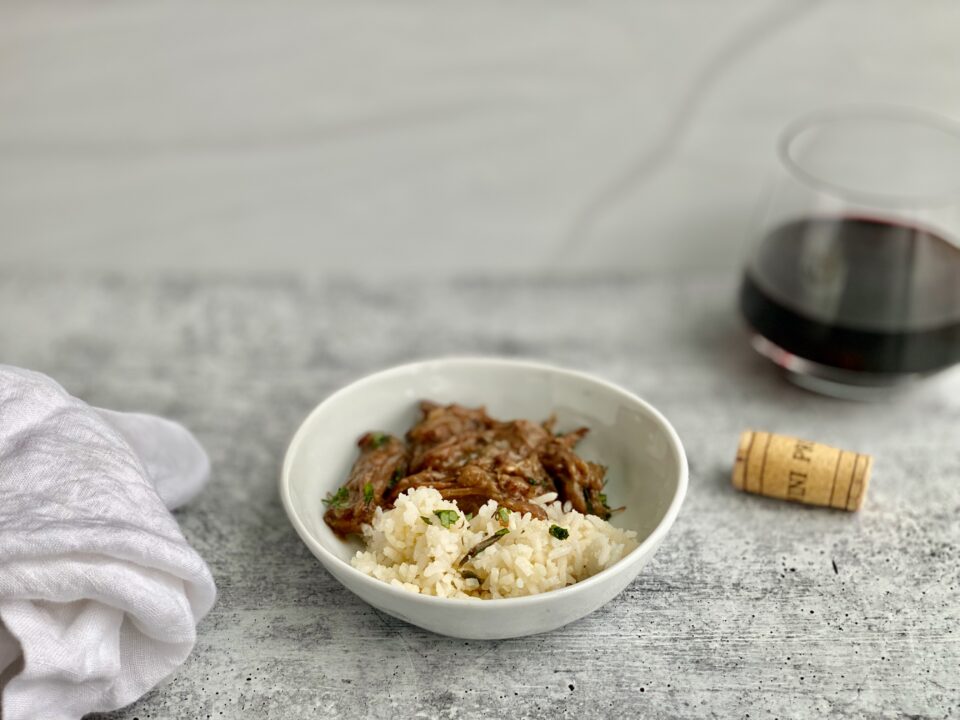 And remember, if you try this recipe be sure to rate it and leave a comment below and let me know how you like it. Or tag me on Instagram! [5]

I use a 5 quart dutch oven but if you do not have a dutch oven an oven safe soup pot would work as well.