I seriously could eat soup every day, but especially in the winter.  Lately I have been loving a good brothy soup.  Normally I cook with a lot of vegetarian broth but there is something about chicken broth that makes me feel comforted.  And I love it if I feel even a twinge of a cold coming on.  Which has been often these days.  Kids in daycare = colds NONSTOP.  So I have been putting a spin on chicken noodle soup by making a lemon couscous version.  This version is a game changer.

Like most of the soups I make it starts with a mirepoix which is carrots, celery and onions.  In addition to the mirepoix I add in leeks, bay leaves and garlic.  I like to cook the veggies over a low heat to let them get nice and soft.  Once they are cooked I add in my broth and bring it up to a boil.

Fake it til you make it – with store bought bone broth

Here is my new cheat ingredient – bone broth.  You can find so many varieties of chicken broth, chicken stock and bone broth now all in a box.  Pacific has been one of my go-to broth’s for a long time and now they make bone broth [3] too.  You can tell instantly the difference between the bone broth and the regular broth or stock.  The color is so much richer, and so is the flavor.  It’s more expensive but I promise it’s worth every penny.

A few of my other favorites are Kettle & Fire [4], they slow cook their broth and have an auto ship option to save 20%.  I also love the bone broth [5] you can get in the freezer section as well.  This just will take your soup a little bit longer to come to a boil.  If you are buying a boxed or frozen broth be sure to read the labels.  I have found some sneaky ingredients make their way into boxed broths like sugar, carmel color and natural flavors to add a few.

So in lieu of normal egg noodles for chicken soup I have been swapping in pearl couscous.  It makes me think of a grown up version of alphabet soup.  Plus you don’t have to slurp up the noodles off your spoon so your spouse and co-worker won’t give you the stink eye when you eat!  While the pearl couscous is more like a pasta it does have added health benefits.  It is rich in selenium which is an antioxidant that helps your body reduce inflammation.  It also does have some protein to it as well (approximately six grams for every one cup cooked).

My last change to regular chicken noodle soup is the fresh squeeze lemon.  There is something about the tanginess of the lemon that pairs so nicely with the broth and seasonings.  Lemons are loaded with Vitamin C so when added to your soup it give you that boost if you are truly fighting off a cold.  But even if you aren’t it simply adds extra flavor to your soup so don’t leave it out.

Simple changes to classics can really be a game changer.  And this lemon couscous soup is no exception! 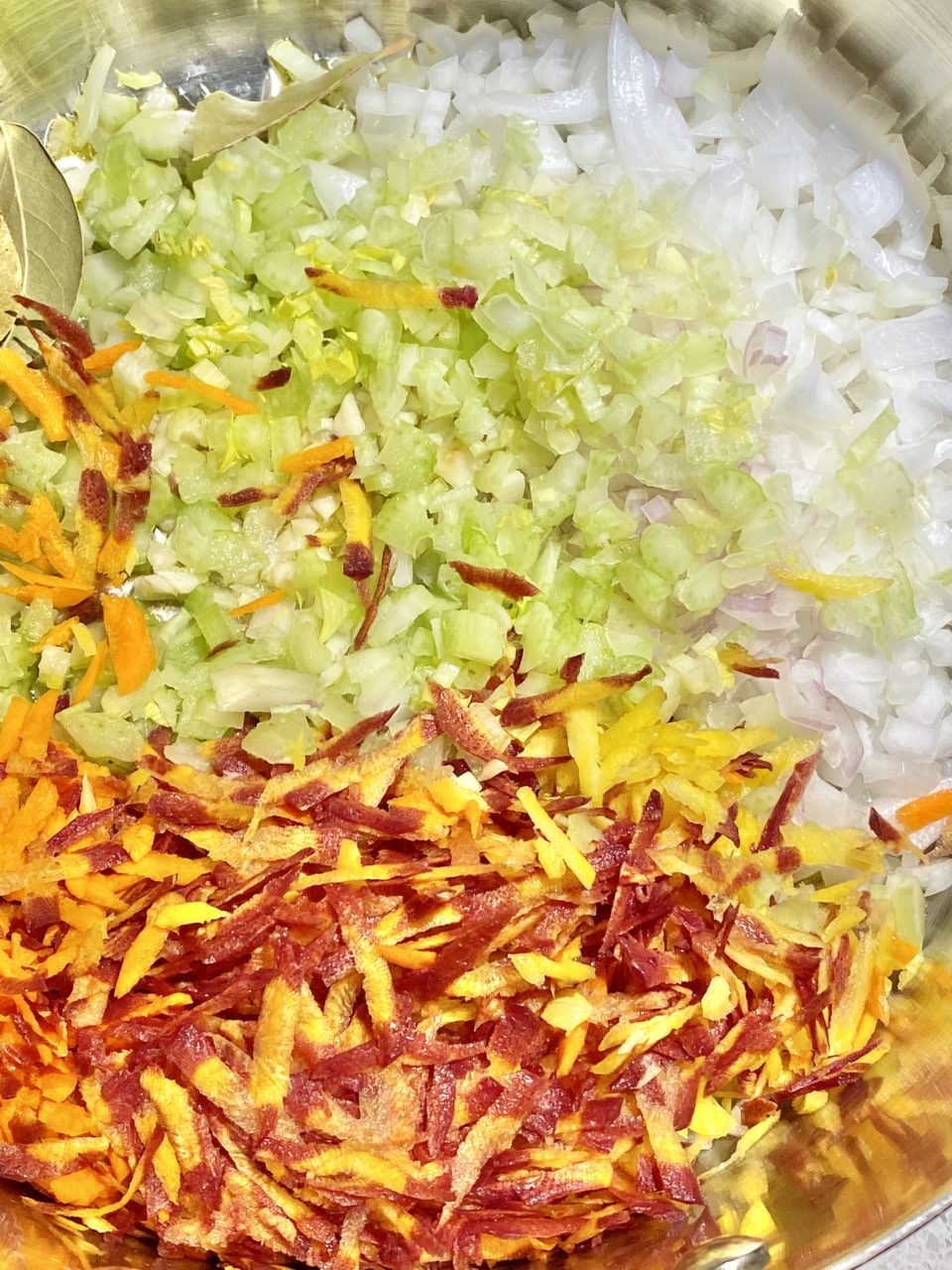 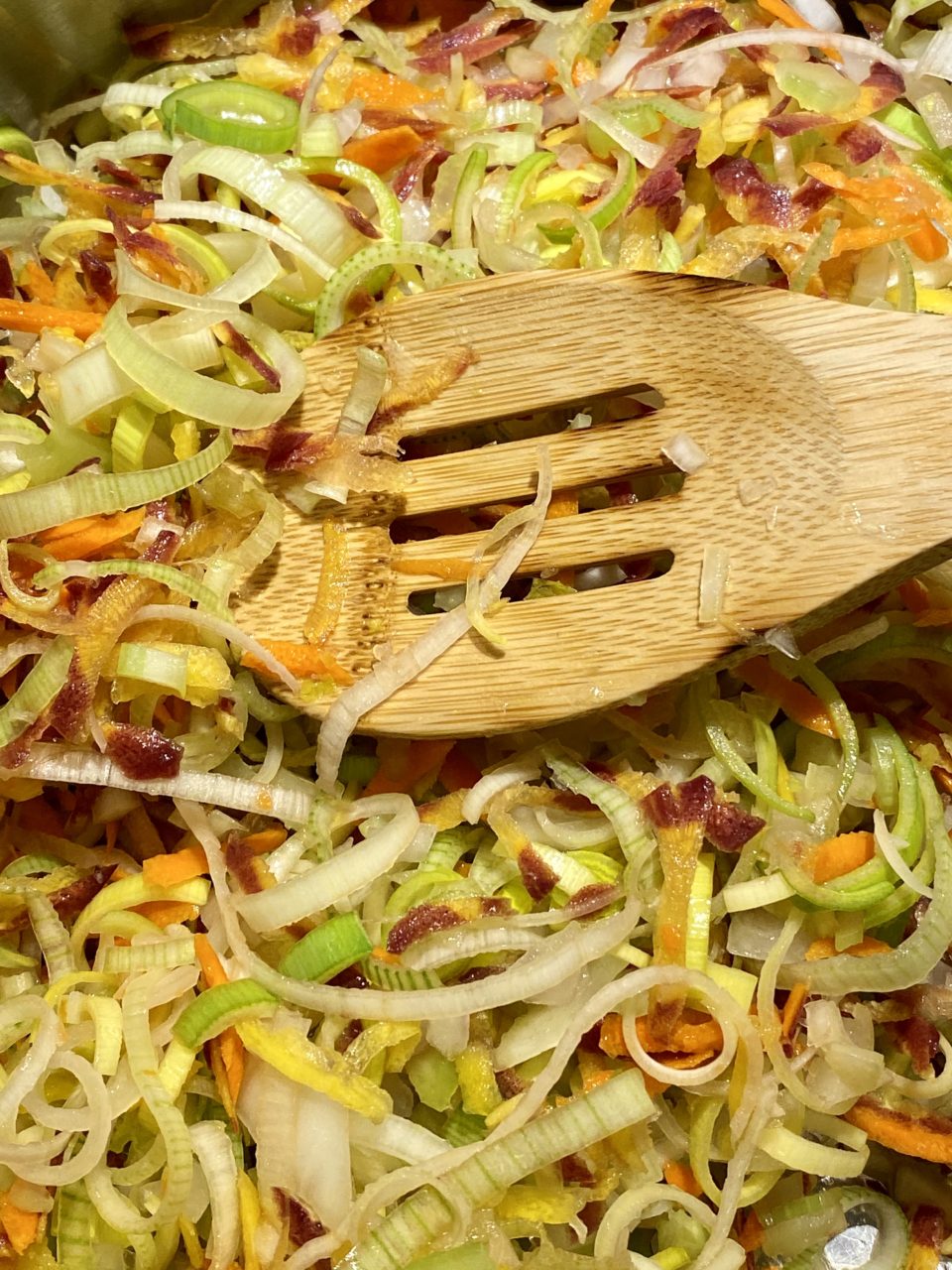 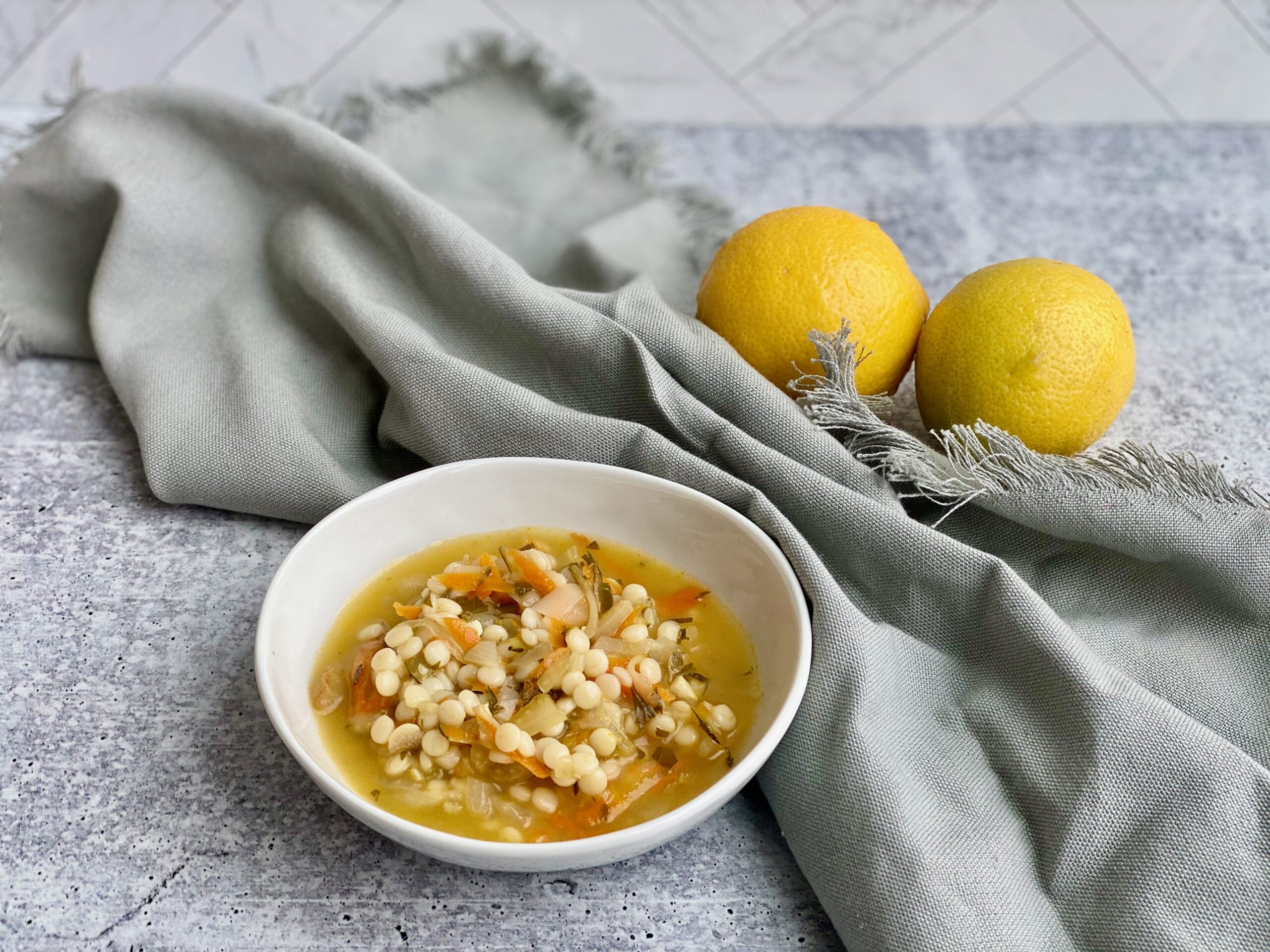 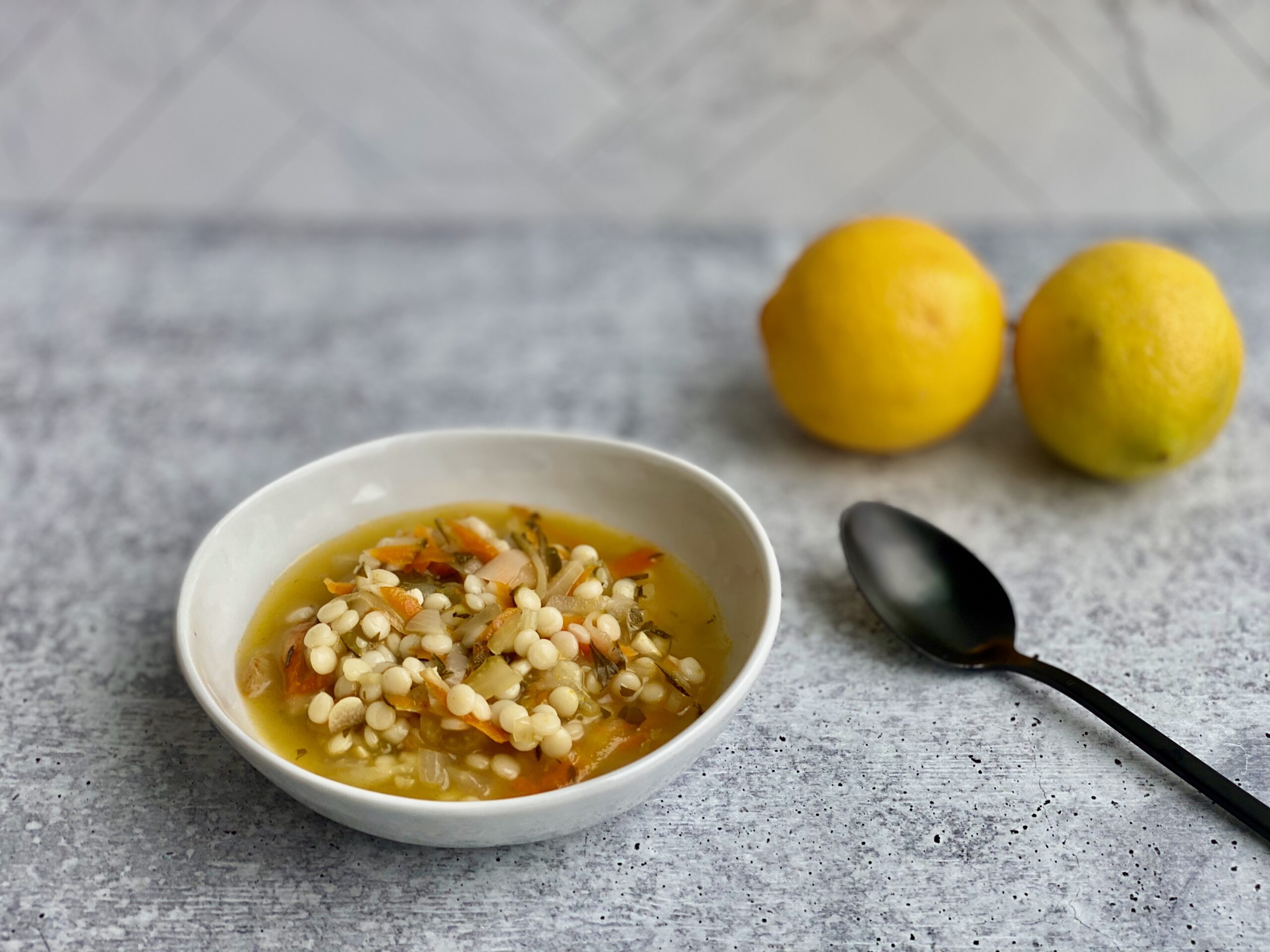 If you liked this lemon couscous soup you will love these:

If you are missing actual chunks of chicken you can buy a rotisserie chicken and shred it in at the end. 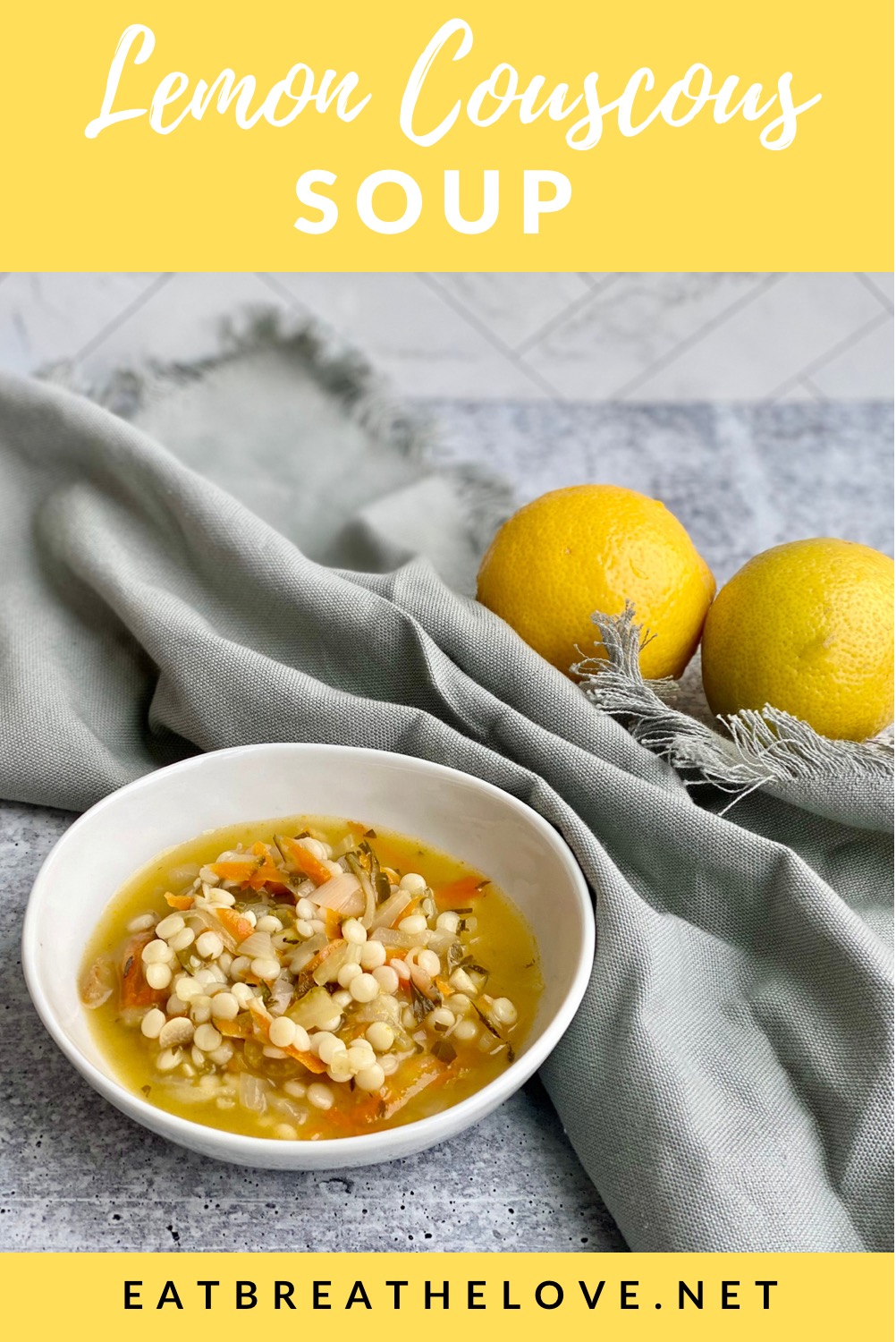 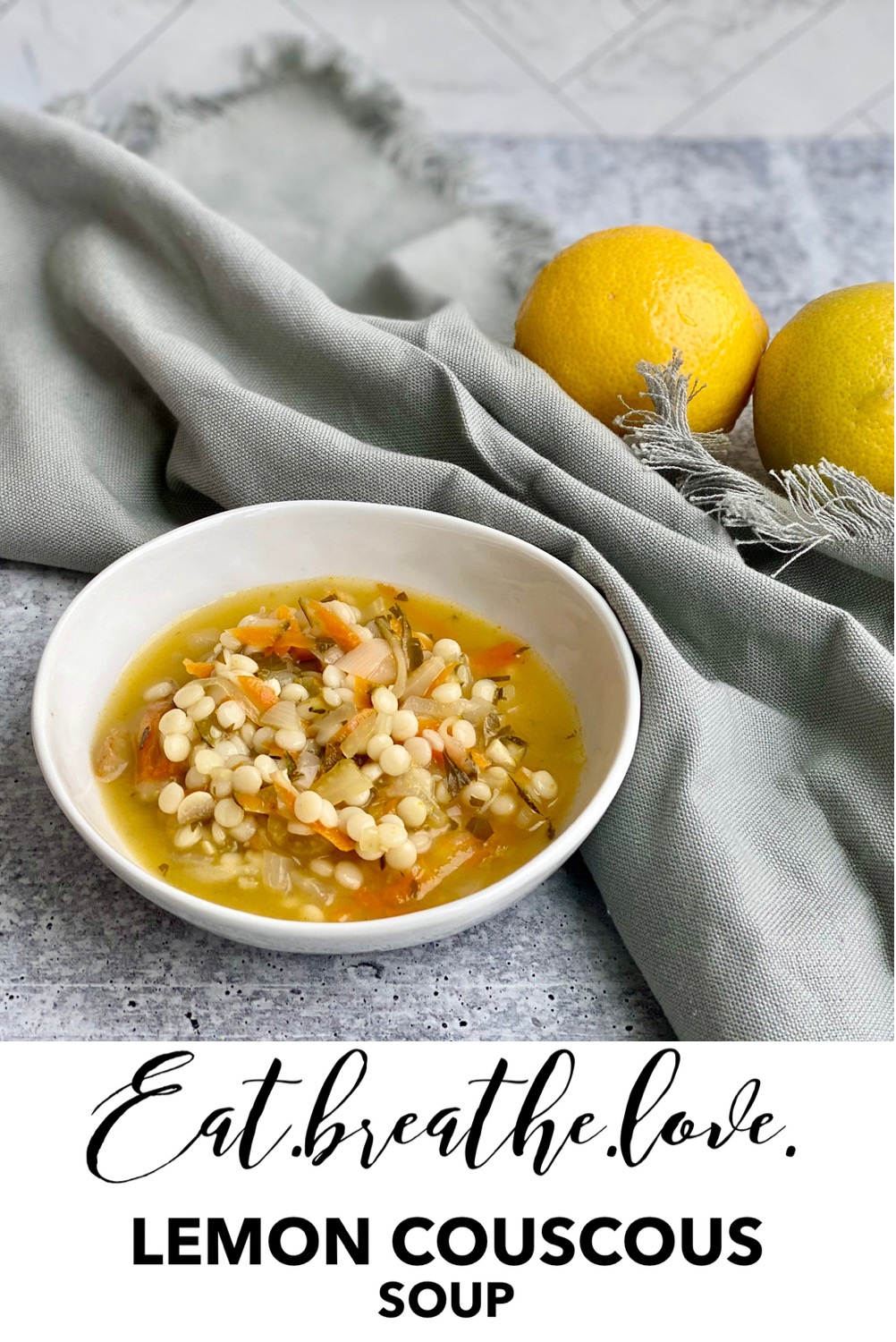 data-pin-description=”Chicken noodle gets a new spin with couscous and lemons. Loaded with flavor and packed with veggies, made all in 30 mins. #souprecipes #chickennoodlesoup #lemonsouprecipe #soup #chicken”>