Growing up potato leek soup was a staple in our house.  To this day potato soup is one of my absolute favorites.  I still request my dad to make it for me almost every time I am home.  Over the years I have put my spin on the soup.  However the other night I wanted a simple version.  I didn’t want to deal with chopping a ton of veggies and wanted to keep the classic simple.  So I made a new version of potato leek soup with BACON!

Everything is better with bacon

At least in this house it is!  As picky of a meat eater as I am I LOVE bacon.  I love the flavor it gives things.  The smokiness of the bacon in this recipe pairs nicely with the leeks.  But I don’t like crumbling the bacon into the soup until the very end.  I find the bacon just gets soggy which I don’t like. 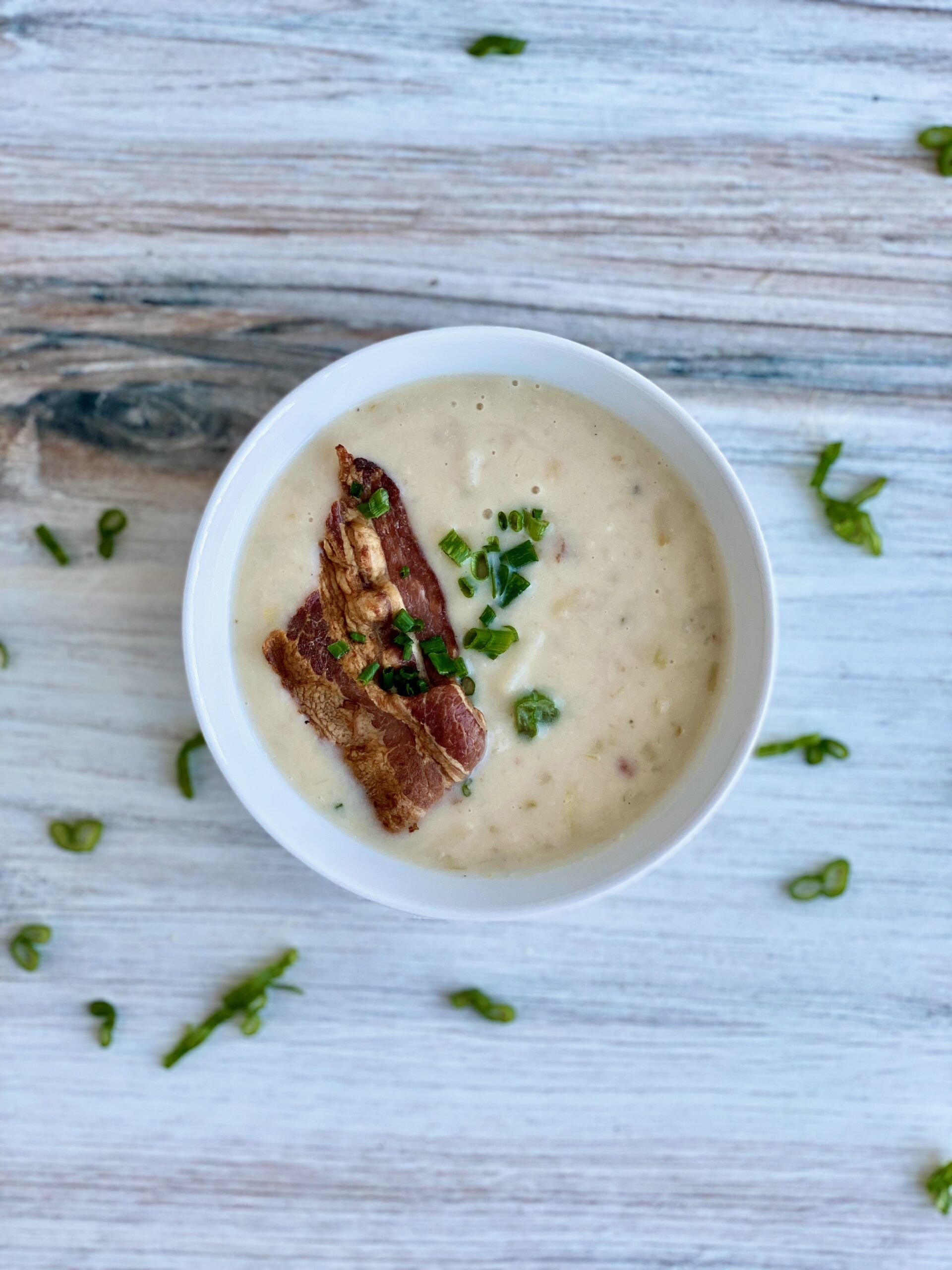 So to get more bacon flavor I use the bacon fat.  It’s so funny, when I was younger I would have read this and thought “ewwww” and now I think of bacon fat as liquid gold.  The one thing I love about bacon fat is it’s not processed.  It’s literally the fat from cooking the meat instead of some vegetable that goes thru a ton of processing to extract oils.  And most importantly – it tastes good!

To infuse that bacon flavor in my soup I cook my leeks separately.  In a small pan over medium low heat I sauté the leeks in a few tablespoons of that bacon fat that was left from cooking the bacon in the oven.  Also some of those little bacon bits stay in the fat and help flavor the leeks.  Then the reserved cooked bacon gets crumbled up on top of the soup for a crispy salty addition.

I go back and forth between how I like my soup.  Sometimes I want chunks of potatoes.  Sometimes I like the soup creamy.  On this particular day I decided I wanted a hybrid of the two.  I had been perusing Pinterest and I came across a potato soup that mashed the potatoes.  I thought it was genius and wanted to try it for myself. 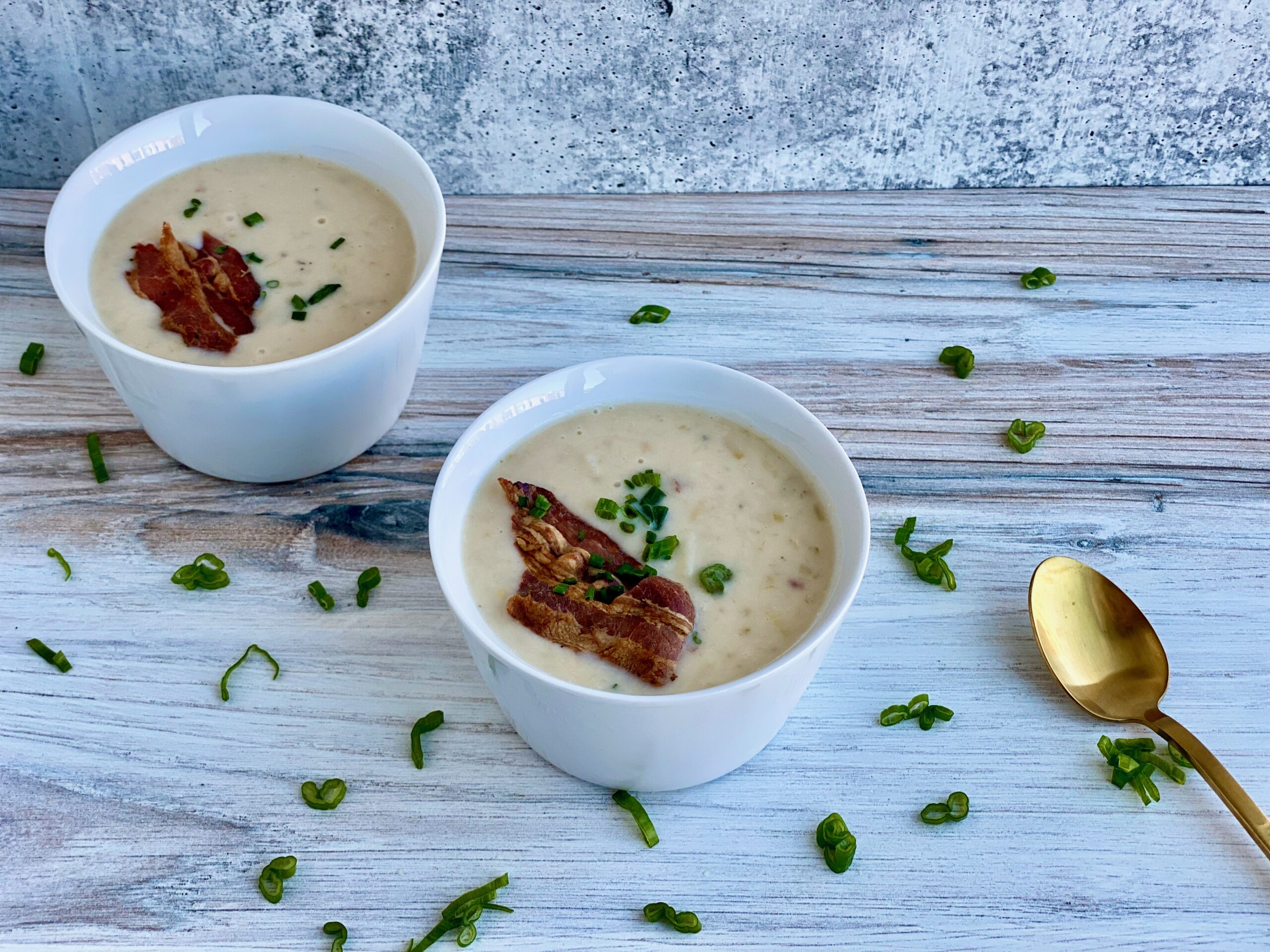 So the next time you are craving potato leek be sure to make it with bacon.  And don’t forget to mash your potatoes.  This potato leek with bacon soup hands down is one of the best versions I have made.  My dad would be proud!

For more recipes be sure to check these out: 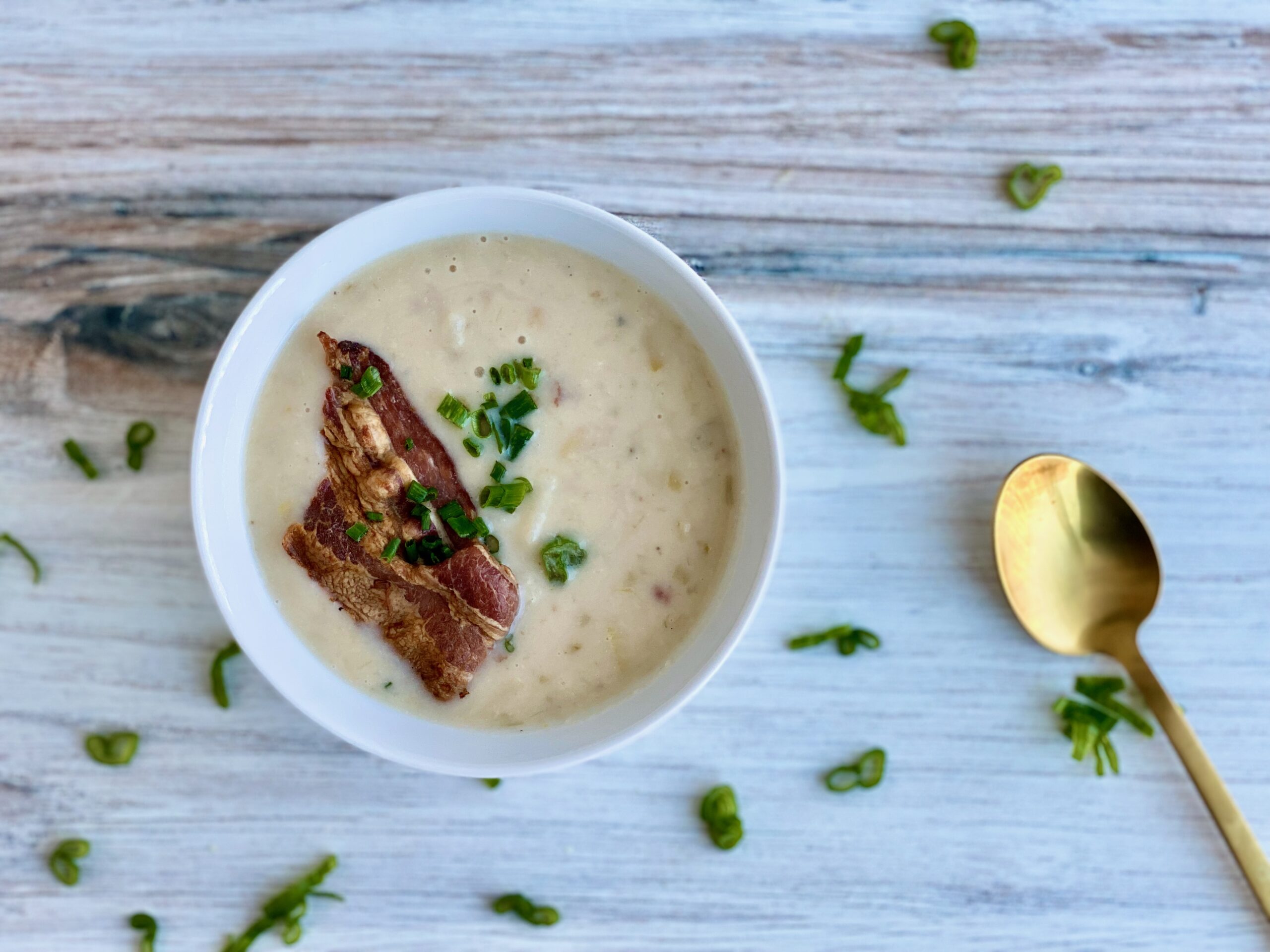