Chicken wild rice soup recipe with a few twists. This version is loaded with veggies and cut back on the fat but doesn’t lack in flavor! 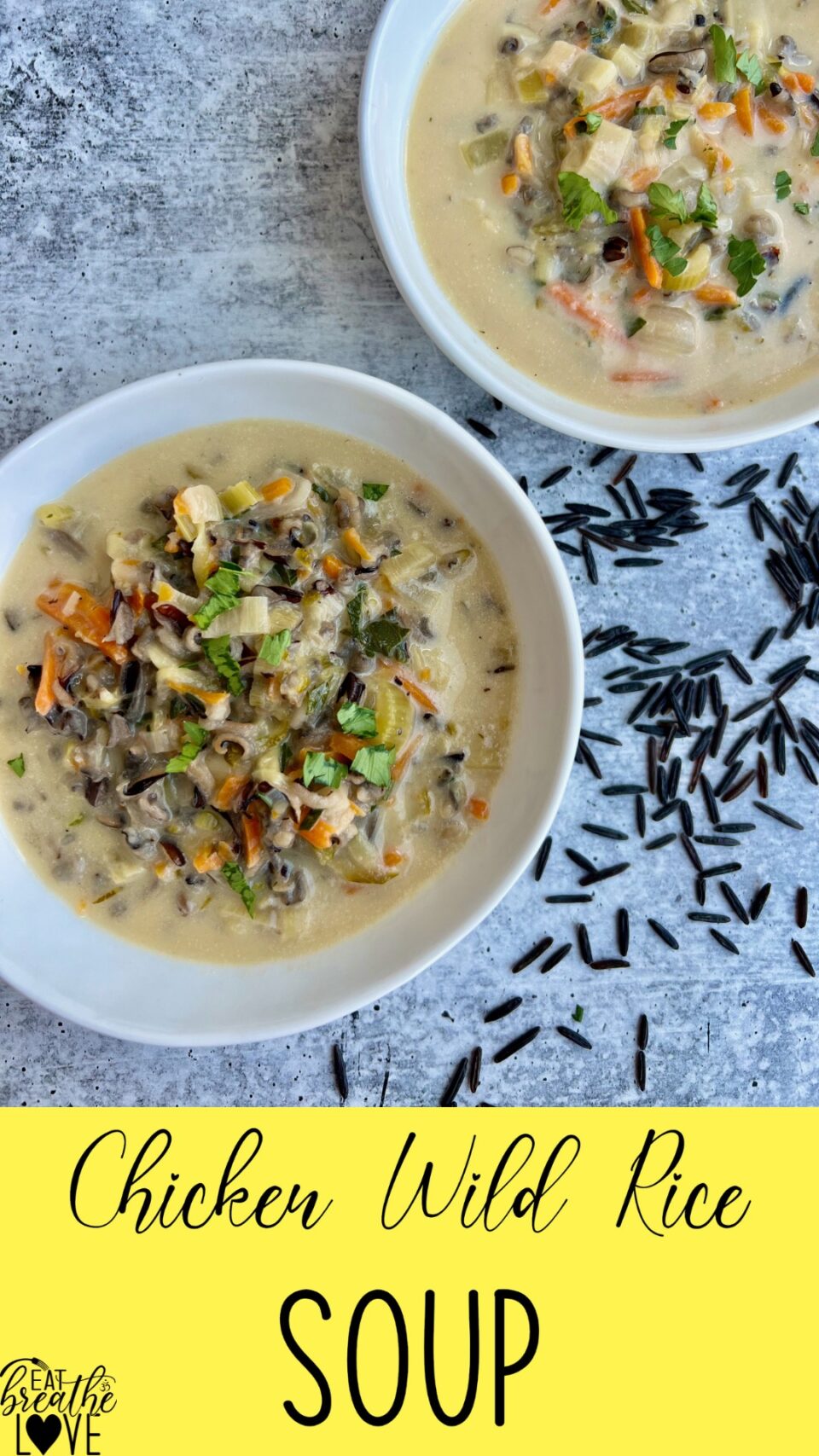 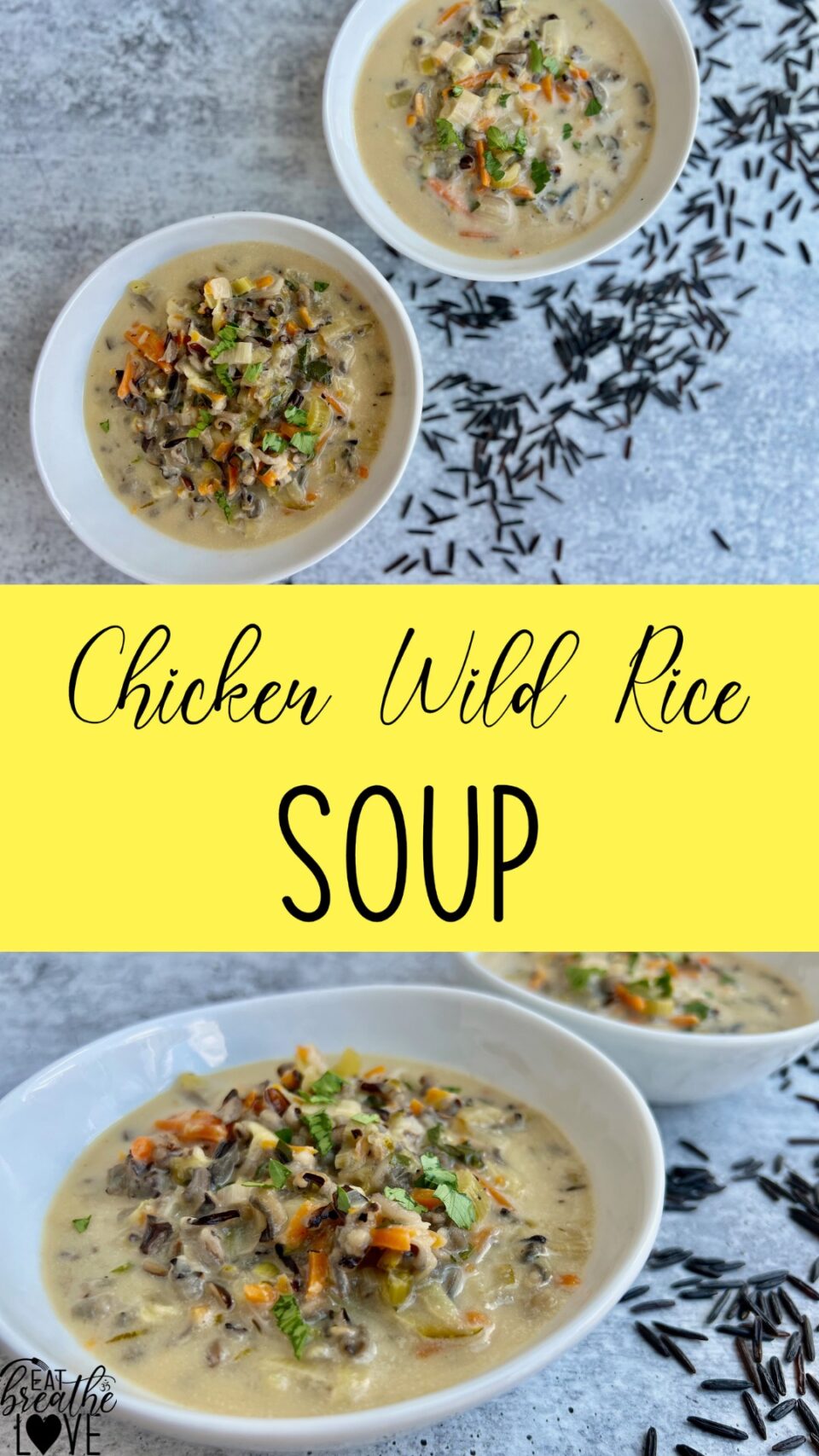 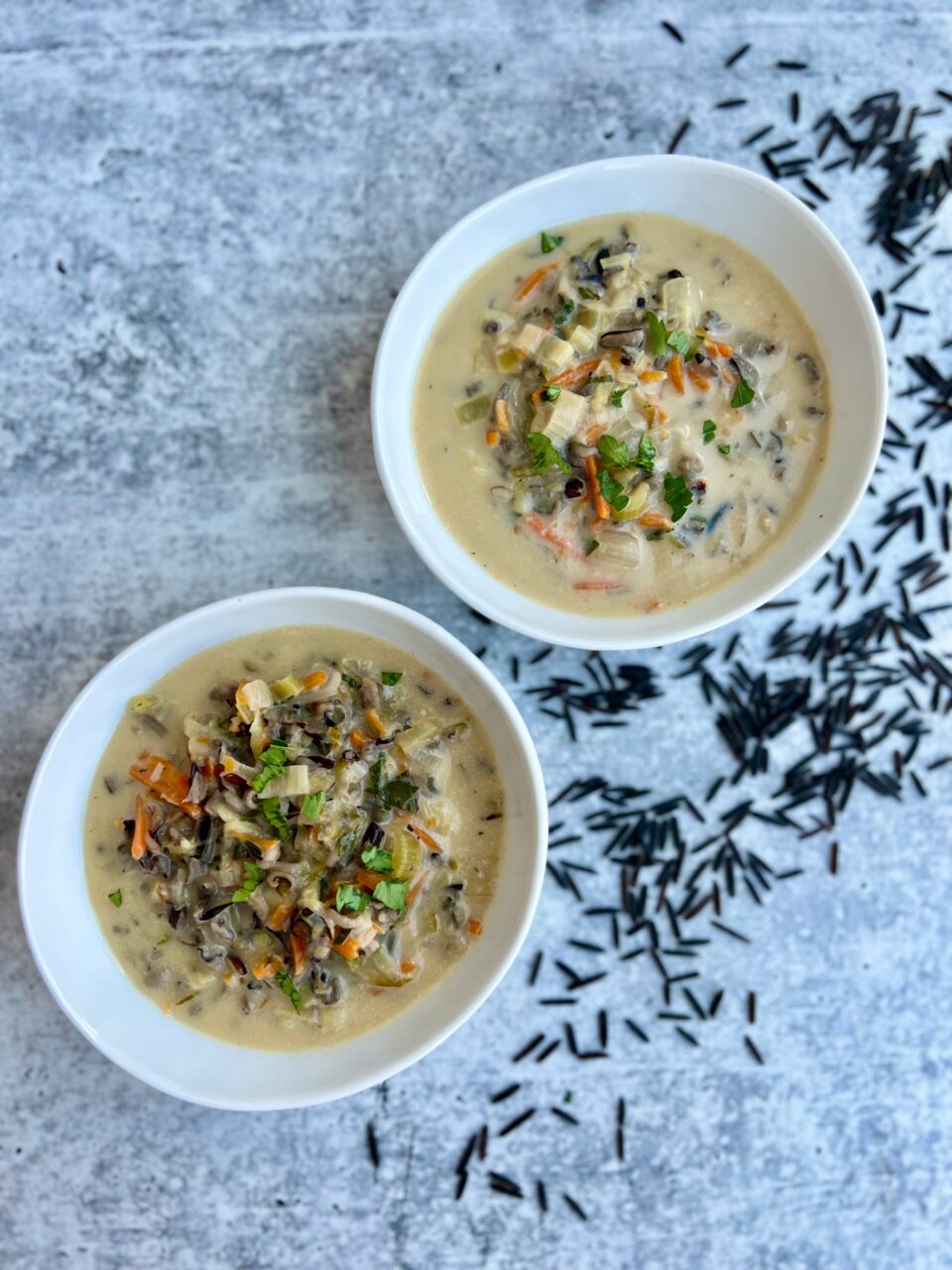 Chicken wild rice soup was something my dad would bring a big pot of when he would visit me in college.  Growing up in the Upper Peninsula winter lasts what feels like six months.  So soup becomes a staple.  He would come visit and I would eat for days.  It’s a soup I actually don’t make a ton.  The other night my husband asked for chicken wild rice soup so I was happy to oblige.

A lot of chicken wild rice soups are really thick.  But my husband doesn’t love stew like soups so I had to compromise and make a broth-ier version than I would have liked.  The good news is since it is not as thick and creamy it also has less fat in it than the usual version so by default it becomes healthier.

There are a few things I did to set myself apart from the rest of the recipes out there.  First of all I add white wine while I am cooking my soup.  White wine gives the soup a slight sweet tanginess which pairs nicely with a splash of heavy cream.  And I find by using the wine you can use less of the heavy cream and still get the same flavor profile.

Secondly I add in a ton of veggies.  You don’t even know they are in there.  Like many of my soups I grate a few zucchinis and add to the soup.  Zucchini is high in potassium and Vitamin C.  Plus it’s low cal and high in fiber.  I also chop up fresh baby spinach for some greens.  The spinach wilts down so much you don’t even know it’s in there.

Another thing I do for this soup to give it more flavor is I roast the chicken.  I saw a recipe from Ina Garten for chicken noodle soup where she roasted the chicken in the oven.  Since then it’s my go to.  I think the chicken gets more flavor and doesn’t dry out like it does just being poached in the soup.  I used two bone on skin on chicken breasts.  This time I loosened the skin a little and put a few cloves of garlic and a sprig of rosemary under the skin so it helped infuse the breast while it was cooking.  Then I liberally seasoned the skin with salt, pepper and a good drizzle of olive oil before baking.  If you like eating chicken skin you won’t be sad about this. 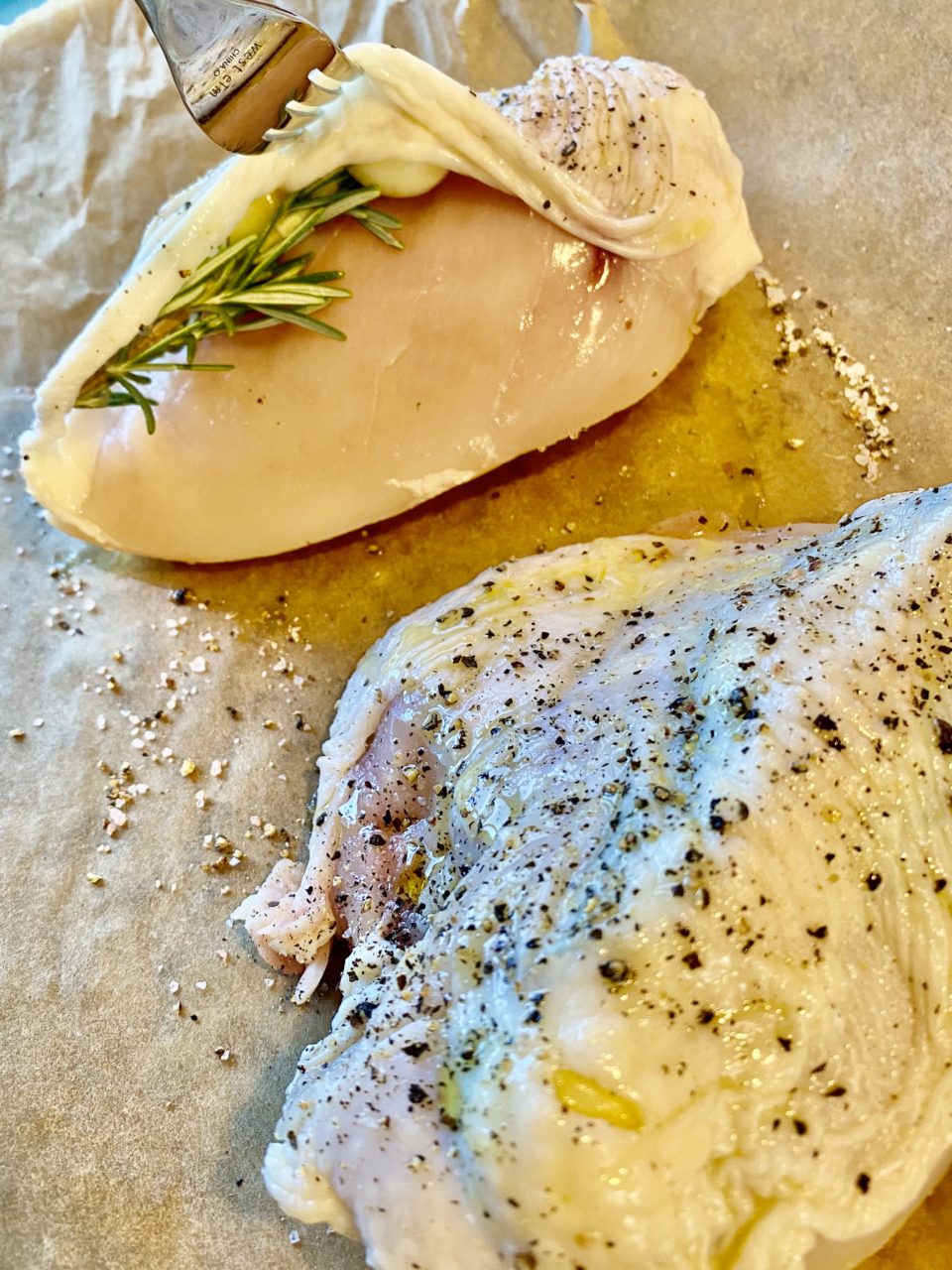 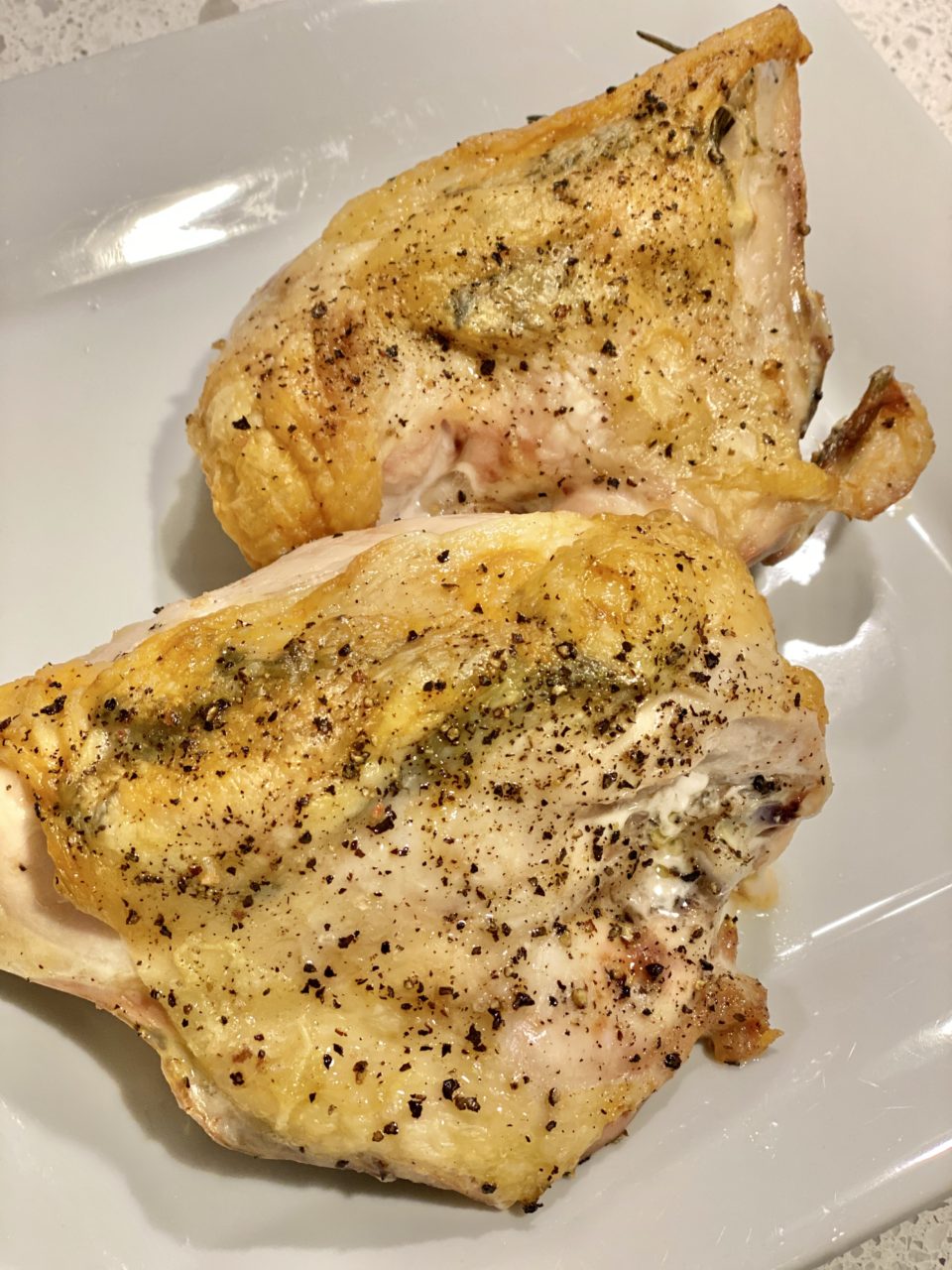 Another key to the soup is to multi task.  When I get my veggies in the pot to sauté I put my chicken in the oven and put my rice on.  Then when the soup is done the rice and chicken are done cooking so all you have to do is throw it all together.  It’s a great way to save time.

I love adding my touch to old classic recipes.  Even though this chicken wild rice soup recipe is a little healthier it still holds up to the original version in flavor.  My husband told me it was even better than the Progresso version he was thinking of when he suggested it.  I guess that’s not saying much but the soup can speak for itself.  Enjoy!

And remember if you make this recipe be sure to rate and comment below and tag me on Instagram! [3] 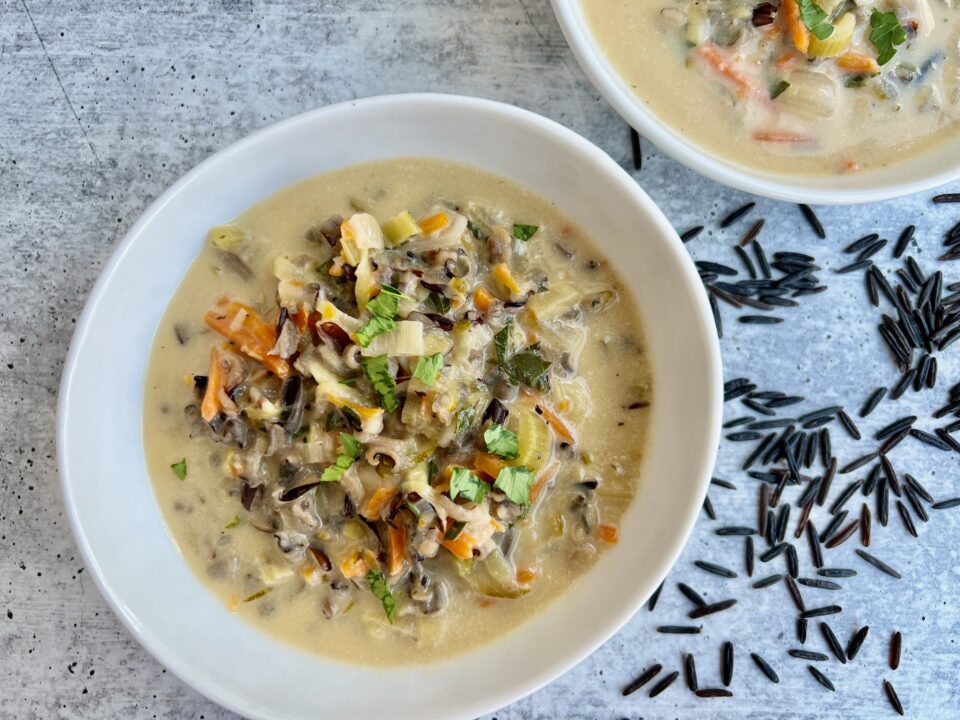 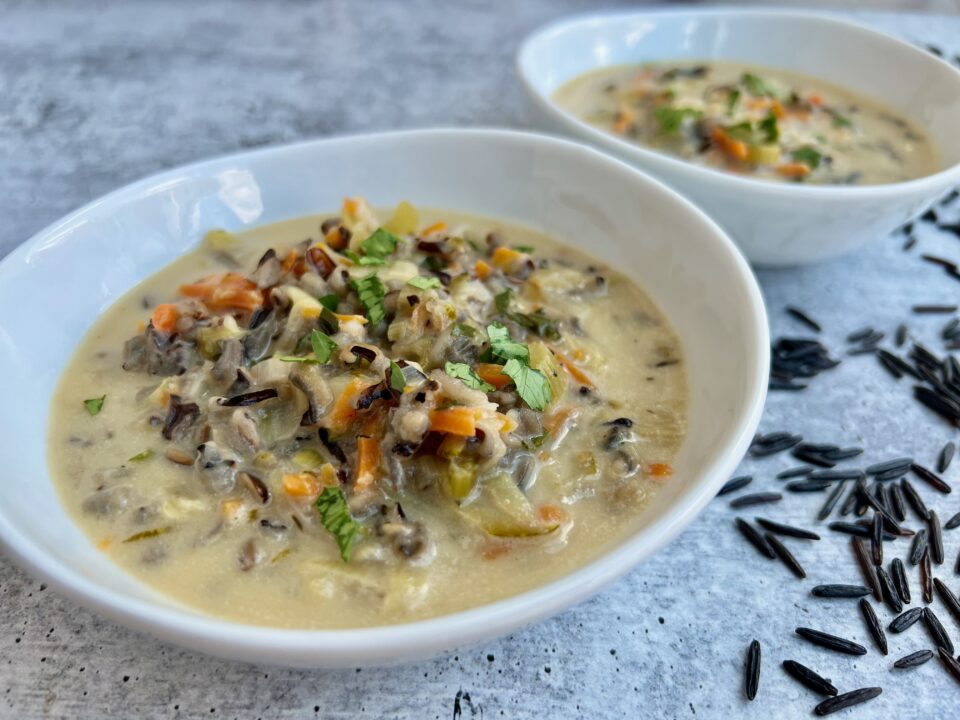 Have a meat thermometer on hand.  This will help you know when your chicken is done so it does not overcook and dry out! 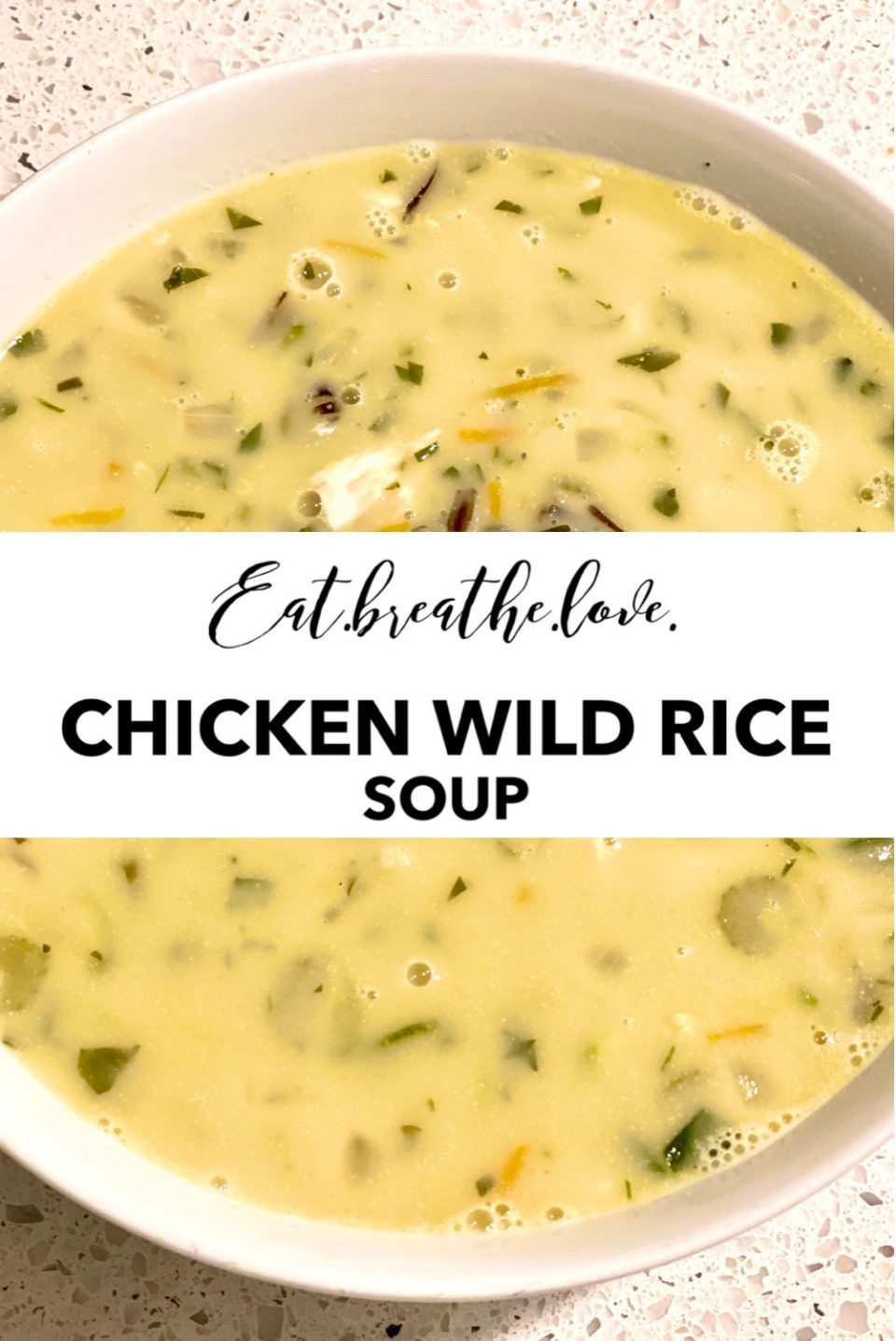