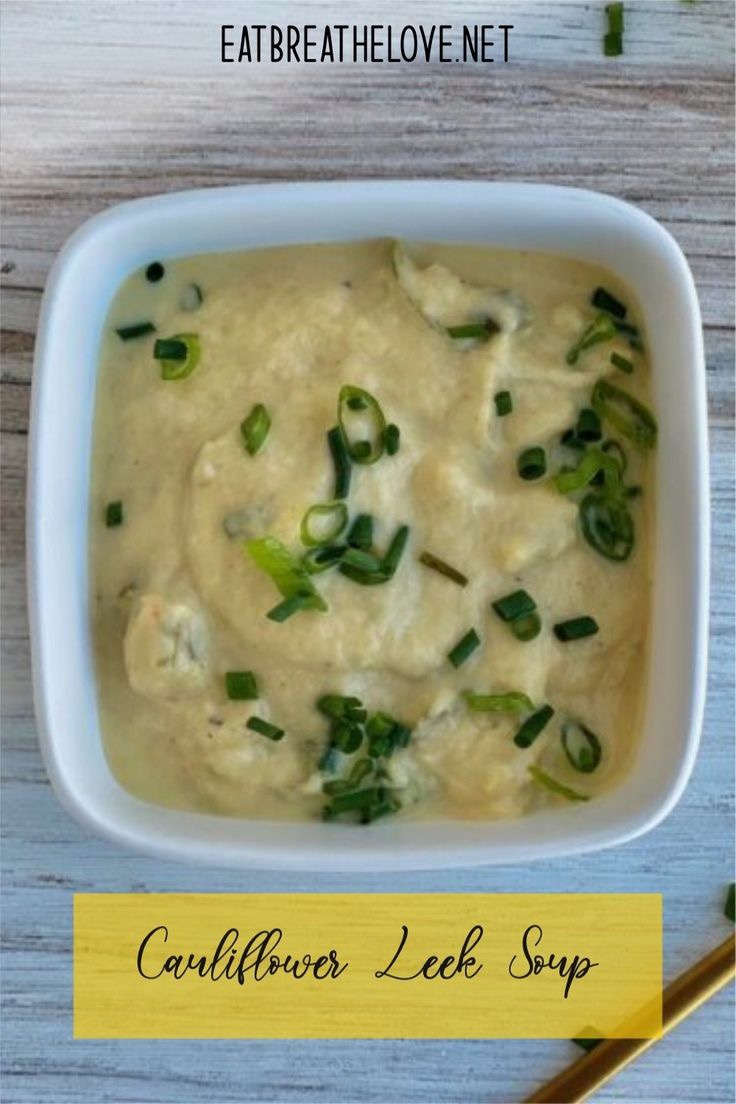 I am now at the end of my pregnancy (I HOPE!!!!) so spending hours in the kitchen sounds less appealing to me.  I get tired so easily just standing these days that I don’t want to be slumped over my kitchen counters chopping and prepping meals.  It was a Sunday (so of course – Soup Sunday) and it was cold.  I wanted something hearty but healthy.  Potato leek soup is always a childhood favorite of mine but I wanted something lighter.  So I decided to swap out the starchy potatoes and replace it with a low carb version instead – so I made cauliflower leek soup instead! 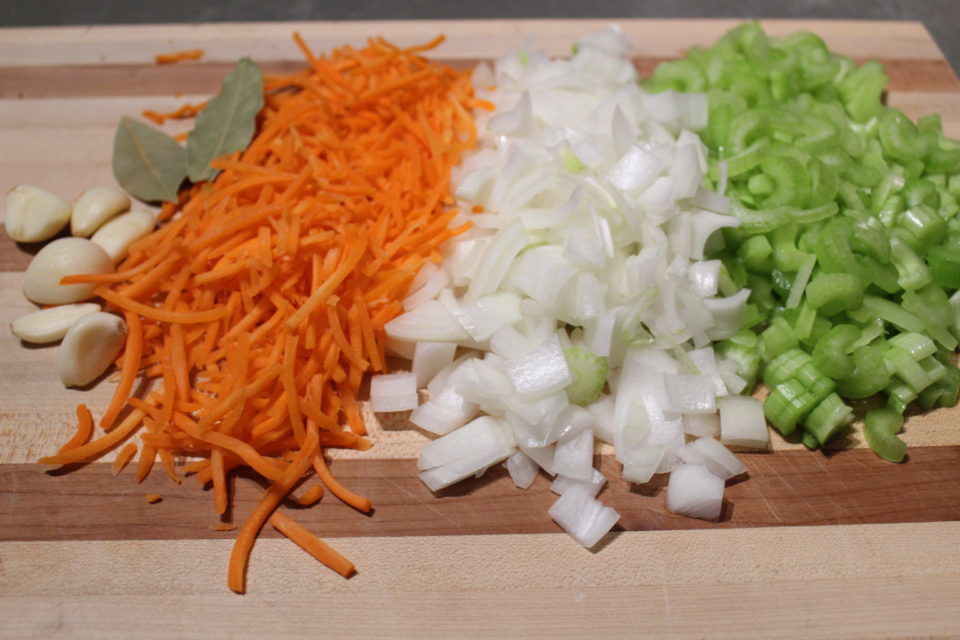 Cauliflower is a beautiful substitute for potatoes.  Cauliflower is low carb and full of vitamins and nutrients.  Just google “health benefits of cauliflower” and read for yourself.  I used to spend time chopping my cauliflower into florets and then most of the recipes I would wind up steaming it.  What was I doing?  Frozen cauliflower is already cut into florets so it saves the work of having to chop it.  Especially in this soup when the soup will be blended it saves so much time using the frozen variety. 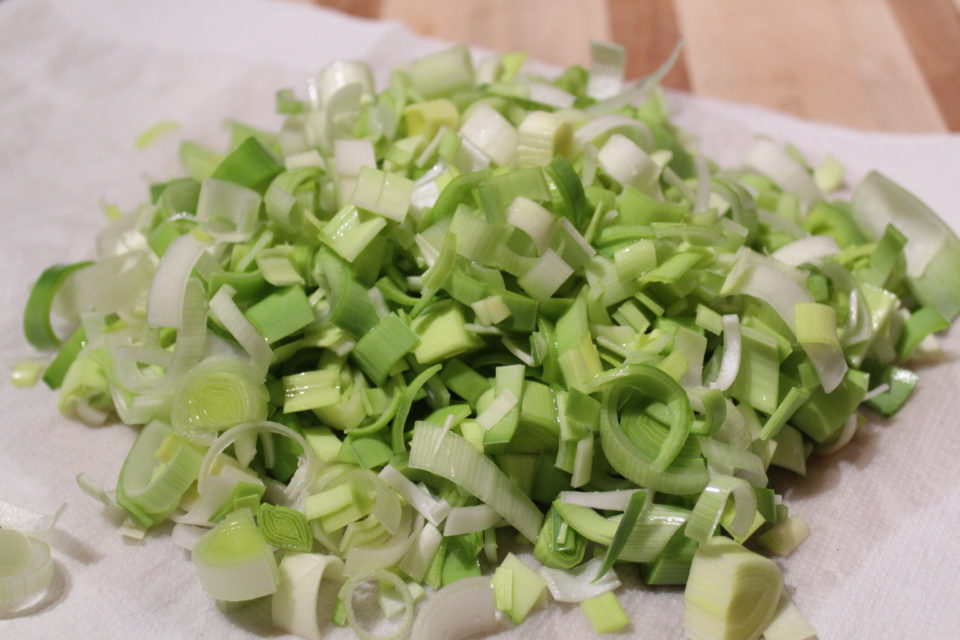 Also since I am blending this cauliflower leek soup it’s a perfect excuse to hide some veggies into it.  I have made a lot of recipes where I hide the veggies.  This soup has a standard mirepoix for a base (onions, celery, and carrots).  For more time savers I just rough chopped the onions and celery and used grated carrots so I had one less thing to chop.  Broth and cauliflower are added once the veggies are softened.  Everything cooks a little longer and then goes in the blender and voila a non-cream based creamy soup is created. 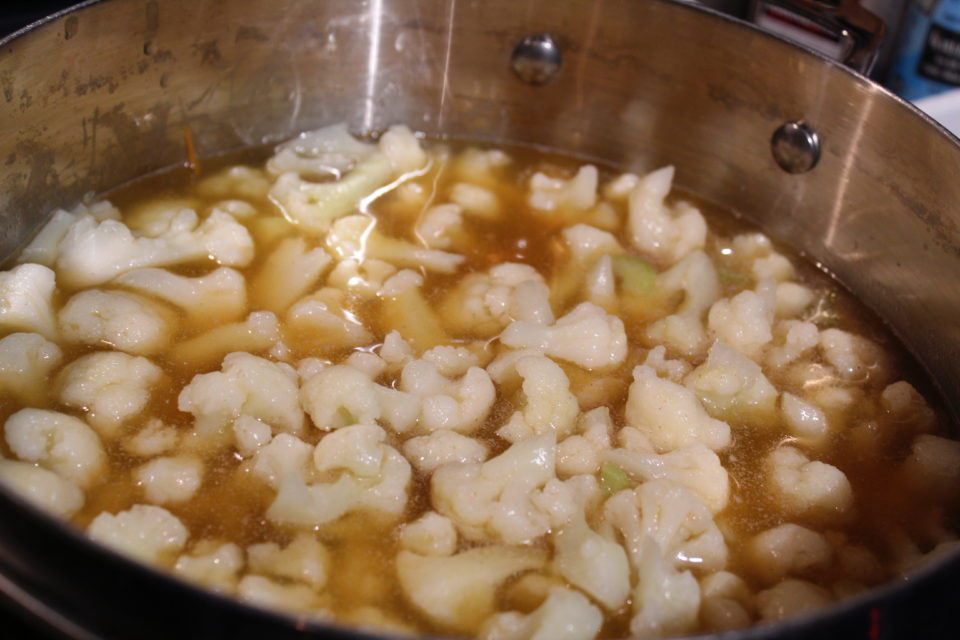 Because I do like a little texture to my soup I usually cook my leeks to the side.  I cook them over low heat so they don’t burn and just soften and they can cook while the rest of the soup cooks to save time.  If you prefer a completely creamy soup though, you can add the leeks in with the mirepoix and just blend everything together.

You can stop there or you can get creative.  While the soup is great on it’s own it’s even better with toppings.  Personally I was in the mood for bacon that night so my vegetarian soup quickly went out the window when I topped mine with bacon and some cheese.  Also while the soup is creamy on it’s own I do like a splash of heavy cream in this version.  The sky is the limit with toppings though, scallions, chives, tomatoes, greek yogurt or sour cream can be added for a “loaded” soup. 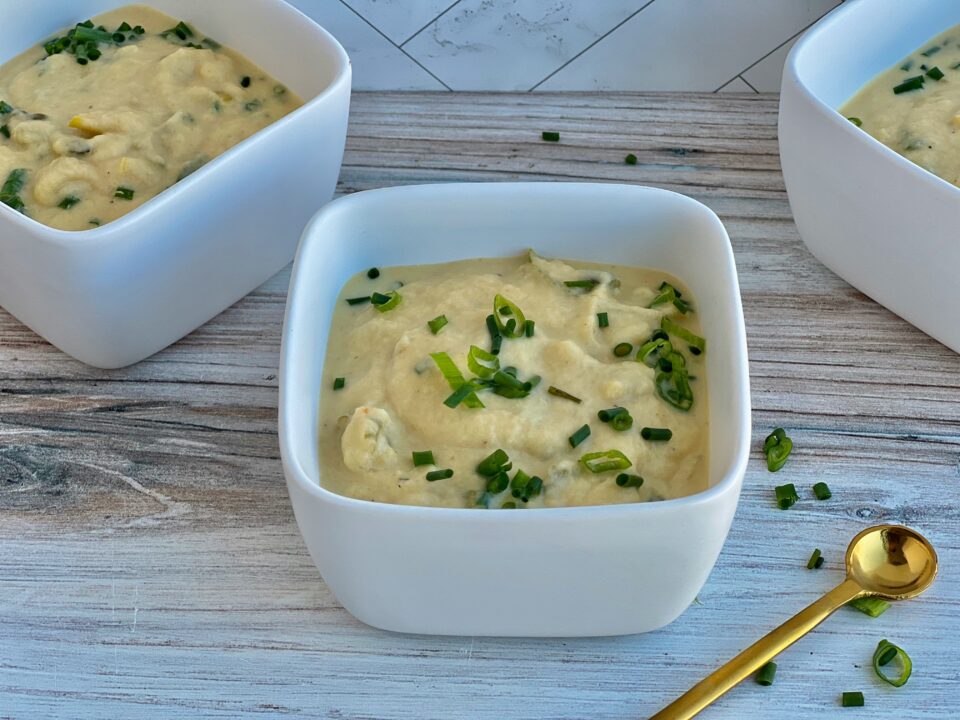 Typically a soup like potato soup tends to be a little less waist line friendly.  But by swapping a few ingredients out the calories are cut but the same great flavor is achieved.  Plus the work involved in this version is minimal so it gives you less time on your feet – regardless if you are pregnant!  So the next time you want potato leek soup try this cauliflower leek soup instead. 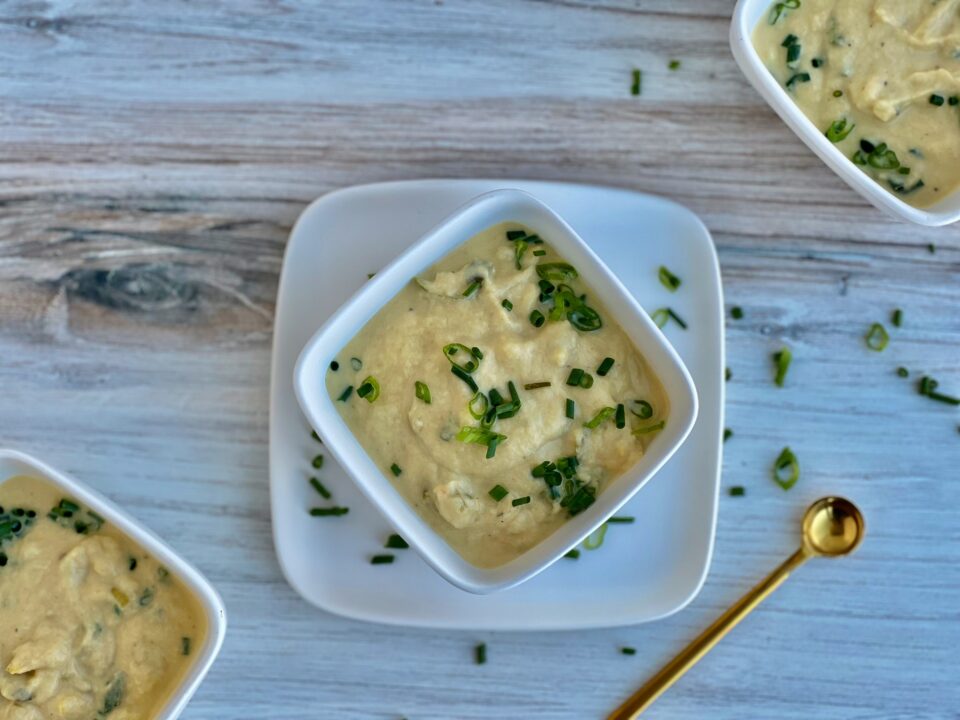 FOR MORE SOUP RECIPES TRY THESE:

If you WANT the potatoes try this potato leek recipe

For another cauliflower soup try this cheddar ale version 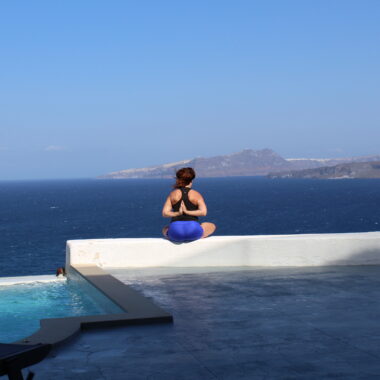 life lessons from a yogi: slow it down 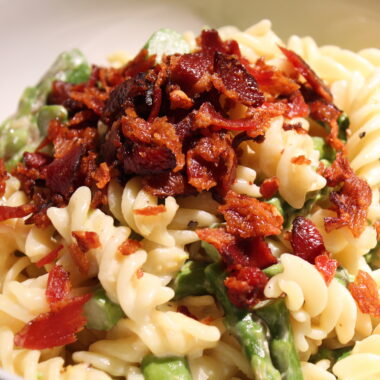